March for Life Opts for ‘Virtual’ March This Year

Home /National/March for Life Opts for ‘Virtual’ March This Year 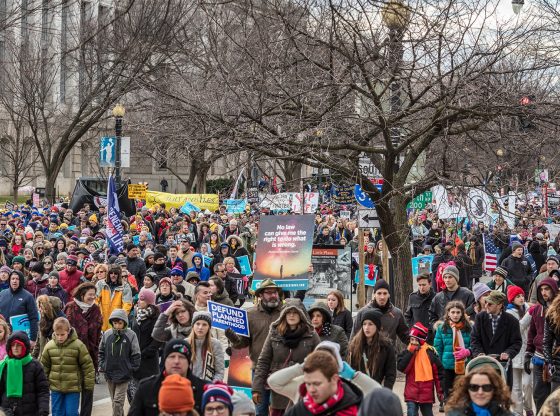 The March for Life has announced that it will forego the traditional march, which usually garners hundreds of thousands of people, and instead opt for several “virtual” events. The organizers cited both the COVID-19 pandemic and “the heightened pressures that law enforcement officers and others are currently facing in and around the Capitol” as reasons for the cancellation.

Although the march will not continue in-person, organizers say they “will invite a small group of pro-life leaders from across the country to march in Washington, DC this year.” Those chosen individuals “will represent pro-life Americans everywhere who, each in their own unique ways, work to make abortion unthinkable and build a culture where every human life is valued and protected.”

The March for Life will provide information about events, including the March itself, the “Virtual Rose Dinner Gala,” and a seminar called “Capitol Hill 101” on its website, where live streams and more details can be found.

It seems if we were truly a Christian nation we would have a great many more Bible believing, Bible living and walking out in their lives Christian leaders. I think pro-choice or pro-abortion is alone enough for a Christian to decide to support or to vote against a person.