Joe Scheidler, the ‘Godfather of Pro-Life Activism’ Passes Away

Home /National/Joe Scheidler, the ‘Godfather of Pro-Life Activism’ Passes Away 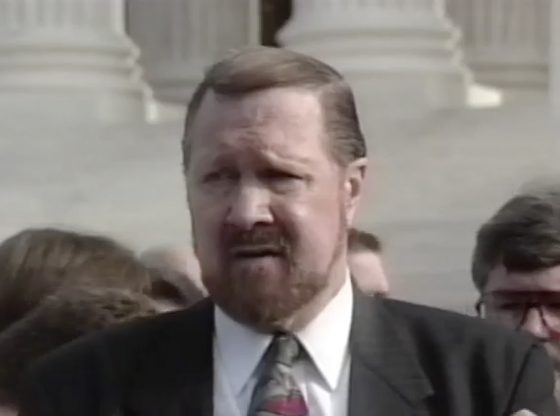 On Monday, Joe Scheidler, also dubbed the “Godfather of Pro-Life Activism,” passed away at 93 of pneumonia. Scheidler, who founded the Pro-Life Action League, spent most of his life advocating for life in the womb, beginning his activism shortly after the 1973 Supreme Court decision legalizing abortion-on-demand.

“My father’s proudest accomplishment was the pro-life work of those he inspired to take an active role in the fight against abortion, the greatest injustice of our time,” said Eric Scheidler, Joe’s oldest son, who serves as the League’s executive director. “For years, people have been telling me about the talk or protest where they met my father, and how his words and example prompted them to do more than just talk, but to take responsibility for addressing the injustice.”

Scheidler’s activism took him across the world (including four continents) and to every U.S. state, including his 1965 march with Martin Luther King, Jr. in Selma during the Civil Rights Movement.

“It’s fitting that my father died on the day when Americans remember the legacy of Martin Luther King,” said Eric Scheidler. “Seeing the impact that regular Americans could have by taking action against racial injustice inspired my father to mobilize Americans in the same way in the fight against the injustice of abortion.”

Scheidler was well-known for his 1985 book 99 Ways to Stop Abortion and for being at the center of a legal battle with the National Organization for Women that “led the U.S. Supreme Court to decide that a federal law against extortion was improperly used to punish anti-abortion demonstrators,” according to the Associated Press.

The AP also notes that “if people in Chicago, where his organization is based, didn’t know his name they likely knew of him as the man who routinely stationed himself on downtown street corners carrying signs emblazoned with photographs of fetuses.”