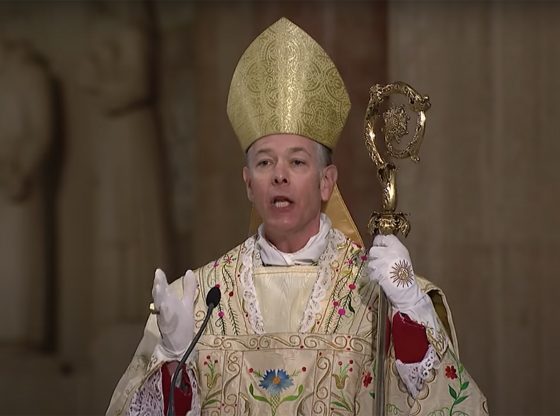 Over the weekend, Portland, Oregon, Archbishop Alexander Sample, addressed the “virtual” Oregon March for Life with a powerful message to those who are looking to propose anti-life policies.

He continued, “Yes, there are many other issues that we must deal with… other life issues such as euthanasia and assisted suicide. But there are other issues of social injustice, health care, education, racism. All of these are things that we need to be concerned about.”

But Simple explained, “We can’t talk about having adequate health care for those who are not allowed to be born.”

“We can’t speak of a right to education for children who never get to see the light of day.”

Simple then touched on the new assault on human life with the new presidential administration under Joe Biden, which looks to install radical proposals to denigrate protections for children in the womb.

“The new administration said that in recent years, there has been a ‘relentless’ and ‘extreme’ attack on abortion rights. I say, ‘Yes.’ We will be relentless in our efforts to secure the lives of the unborn—even as we reach out to help women in crisis pregnancy,” said Simple,

He added, “Yes, and if you want to call it extreme, call it extreme. We will be relentless and extreme in our efforts to protect the most vulnerable, fragile, innocent life of mothers, the preborn child in the womb.”

Great that you will proceed to voice what so many Americans believe!

I don’t think Joe and Commala care what ANYONE has to say!
Elections have consequences, even for the unborn.

Any one who thinks our leadership cares about us, don’t realize we are a captive audience We have nothing to say .

The leftist demorats are tearing this once great country apart with hate. Abortion.is wrong and those atheists know it. They who claim catholic are liars and absolutely have no morals. The rest of the creeps are just anti-anything good and should be ashamed.