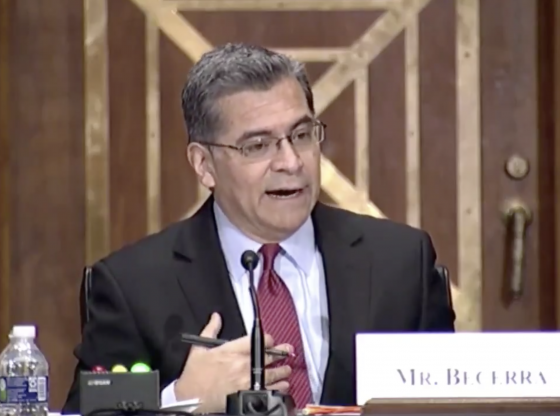 On Tuesday, during the nomination hearing of California Attorney General Xavier Becerra to be the next secretary of Health and Human Services, he made startling comments when asked about his stance on partial-birth abortion. Partial-birth abortion is the removal of an intact baby from the mother’s uterus.

So, senator, here I understand that people hold deeply held beliefs on this issue and I respect them. I have worked, as I mentioned, for decades, trying to protect the health of men and women young and old…. and I am also sitting in front of a high-risk OBGYN who for several decades had the work of protecting the health of women and a future baby. And so, I will tell you that when I come to these issues, we may not always agree on where to go, but I think we can find some common ground on these issues because everyone wants to make sure that if you have an opportunity, you’re going to live a healthy life. And I hope to be able to work with you and others to reach that common ground on so many different issues.”

That was the most double talk answer I have heard. Is he taking lessons from Circle Back Psaki?

“I think we can all agree that it’s a bad thing, that’s why I am for it”……..let’s see him circle back on that……….moral scruples of a sewer rat.

You will NEVER find common ground on abortion, let alone partial birth abortions! Abortion is not Healthcare for women! Killing another human being is all that it is as well as the gravest sin against God against his Creation!

I have never had a great like for Mr. Romney but, I most certainly agree with him on this, there is NO COMMON GROUND on partial birth abortion, To put it as simple as I can, this is MURDER, P E R I O D.

they also murdered a lot of our senior’s with their virus crap they cooked up with China..

Pelsoie and Biden say they are Catholic, I say this is bull crap .the Catholic church is 100% against abortion ever!!!!!Abortion is MURDER no less.. All that push this crime of murder will answer to god on their last day .and then I hope they are dressed lightly, because it’s warm where they are going in the hereafter…they are the best workers the devil has here…

Just what the nation needs. A baby killer in a position to influence health issues. I seriously think that Joe wants to see how much we can take! I think we’re already past that point!