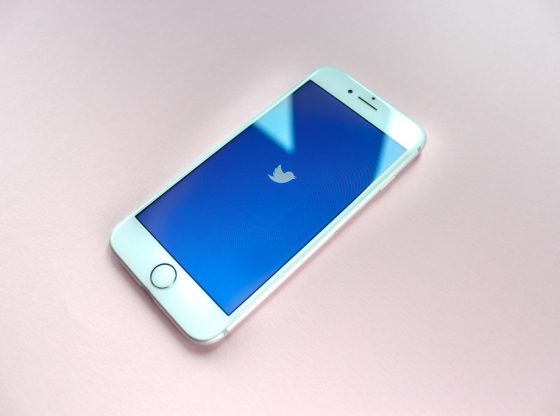 It has been reported that Twitter censored Catholic Bishop Kevin Doran of Elphin, Ireland over a tweet he posted denouncing assisted suicide.

He wrote, “There is dignity in dying. As a priest, I am privileged to witness it often. Assisted suicide, where it is practiced, is not an expression of freedom or dignity, but of the failure of a society to accompany people on their  ‘way of the cross.’”

The tweet included a link to the Facebook page of the Diocese of Elphin, which Doran has led since 2014. The link directed readers to a message inviting healthcare professionals to add their names to a petition expressing concern about a bill to legalize physician-assisted suicide in Ireland.

The Iona Institute, an advocacy group promoting the place of marriage and religion in society, reported on Feb. 22 that Twitter had censored the post for “violating our rules against promoting or encouraging suicide or self-harm.”

It said that, although Doran’s Twitter profile remained accessible, the tweet had been removed and he had been barred from posting.

“Although the intent of the post was the opposite of what Twitter claimed, upon appeal, the social media giant doubled down on its stance and said, ‘Our support team has determined that a violation did take place, and therefore we will not overturn our decision,’” the group said.

However, Twitter eventually did overturn the decision. This is not the first time the social media platform has targeted people of faith who exhibit pro-life views.

In November, Twitter users criticized the company after a hashtag calling for Catholic priests to be burned was allowed to trend online in Spain.

In January, Twitter temporarily locked the account of Catholic World Report over a post describing Biden appointee Dr. Rachel Levine as “a biological man who identifies as a transgender woman.” A Twitter spokesperson later said that the account was blocked in error.

David Quinn, director of the Iona Institute, told CNA: “Twitter rightly has algorithms which target tweets that seem to promote self-harm and obviously Bishop Doran’s message was badly misunderstood as he was doing the opposite.”

“What is remarkable, however, is that his [initial] appeal was turned down. I also wonder if the algorithms have ever done the same to someone who is pro-assisted suicide? They always use phrases such as ‘dying with dignity’ such as the one used by Bishop Doran.”

What are your thoughts on Twitter’s censorship of conservatives and pro-lifers?

Get rid of the “230” protection for these leftist idiots and start sueing them for illegaal, idiotic censorship.

Twitter is a censorship and propaganda agency of the radical leftist elites.

A very informative action by Twitter. It’s not really political but that’s how they are treating the Bishop’s tweet. The tweet is much more than that..it’s about human life itself.
A most disturbing event.

Simple solutuon: do not use Twitter. Use Parler, or Gab, instead

What about all this hypocricy about banning hate messages? Pro-life is about life not death and threats. They just keep on finding more reasons to block any twitter ad.

Unfortunately for Christian’s, we are in a battle between Good vs Evil and Social Media has been poisoned by the evil. Algorithms or not, what Twitter did to that Bishop was W R O N G. EVIL IS NOW RUNNING MOST MEDIA AND ALL SOCIAL MEDIA SITES WHEN IT COMES TO GOOD MORAL PEOPLE.

Please understand, Evil does exist. It gets in weak people’s minds and travels to their Souls where it slowly destroys rational thought. It also HATES anyone who is Faithful to our God and will do everything to stop them from helping others or encouraging good actions.

If you are a Christian, be strong, stand your ground, do NOT let evil beat you down, but fight back to defeat it! Evil is strong, but God and goodness is stronger! And, we will win in the end.

SOCIAL MEDIA/TWITTER IS ACTING AGAINST CHRISTIANS AND ANYONE FIGHTING THE IMMORAL ACTS OF THE LEFT. Do not let it control your life, but fight it by removing yourself and having everyone else you know remove themselves from their websites. .👉Those websites survive by those who subscribe as members. If there are no subscribers, the website will collapse. THAT IS A HUGE RED FLAG FOR THEM THAT THEIR POLICIES ARE NOT ACCEPTABLE TO THEIR SUBSCRIBERS!👈

BE A WARRIOR FOR GOODNESS AND GOD! FIGHT EVIL EVERYWHERE YOU GO! GOD HAS YOUR BACK!

When you use Twitter, you support it. ‘Nuff said.

The problem with Twitter is they want you NOT to survive…hence abortion and suicide and not to have an idea of your own…hence censoring. Eventually, there will only be liberal, socialist TWITS with one way of thinking occupying this world, if they have their way. Idiots.