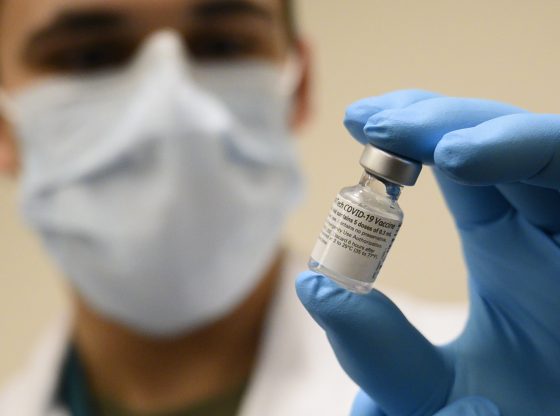 On Monday, it was reported that Johnson and Johnson, a company that has just received emergency use authorization for the first one-shot COVID-19 vaccine. According to one report, the company seeks to use infants in its clinical trials.

According to the Daily Wire:

…Food and Drug Administration officials who reviewed the emergency authorization material at a meeting Saturday discussed Johnson & Johnson’s future trial plans. Those plans include conducting trials for healthy children between 12 and 18 years old, and then all children up to 18 years old, including newborns, to analyze safety and immune responses to the COVID-19 vaccine.

In trials beyond that, Johnson & Johnson also plans to test its one-shot COVID-19 vaccine in pregnant women, and then later, in another clinical study, in immunocompromised individuals, according to FDA advisory committee documents. A spokesperson for Johnson & Johnson told the Times that the company is planning to include children in future trials.

Although Johnson & Johnson is the third vaccine to be authorized for emergency use by the FDA, it’s the first vaccine to rely on a more widely tested vaccine technology — using a disabled adenovirus — instead of the newer mRNA technology utilized by Moderna and Pfizer. Dr. Ofer Levy, director of the Precision Vaccines Program at Harvard’s Boston Children’s Hospital and a member of the FDA advisory committee, told the Times that adenovirus vaccines have been used more than 200,000 times without any serious safety concerns.

What are your thoughts on the use of infants in clinical trials for Johnson and Johnson’s COVID-19 vaccine?

Is that Johnson & Johnson or Masters &Johnson? Remember them? Masters and Johnson sexually molested young children including infants, called it research and Democrats still applaud them. Now we have Johnson & Johnson experimenting on infants without their permission. It would be one thing if babies were in any big danger from COVID, they aren’t, there has been very few if any deaths of infants from COVID.

Use it on prisoners first.

YES….I agree that an ideal situation for testing trials for vaccines exists in our prison system. This population can be contained and monitored closer than anyone.
Participation in these studies could be voluntary and possibly come with some sort of incentive.
(Not that convicted criminals deserve any more rewards than they already get, all paid for by tax payers)
Once again, the innocent are victimized and they remain voiceless….

De Population/Geocide at its best! this is evil and parents for goodness sake do research please. Children have natural immunity

DON’T let them use YOUR CHILDREN AS “LAB RATS”!
“”Their financial growth is all they care about!