These Four GOP Reps. Voted for the Pro-Abortion ERA 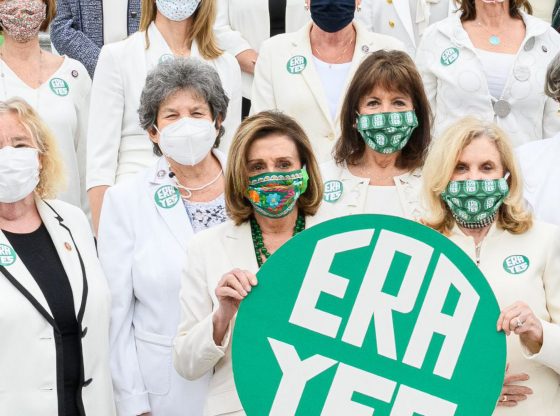 Last week, The House of Representatives voted on a far-left amendment to extend the long past-due deadline to enshrine the pro-abortion “Equal Rights Amendment” into law.

Four Republican members of the House of Representatives voted for the bill, which is sparking a fire from the pro-life movement. 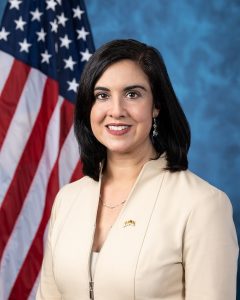 Rep. Malliotakis ran on a pro-life ticket, even signing the National Right to Life Committee (NRLC) pledge not to support legislation that promotes or funds abortion.

She betrayed that oath, as NRLC noted in a tweet:

In 2020, Nicole Malliotakis promised NY State Right to Life "to oppose any attempt to retroactively nullify the ratification deadline on the 1972 ERA." But on 3-17-21, she was 1 of only 4 House Republicans to vote to do just that. 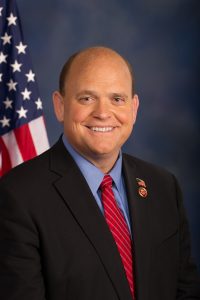 Rep. Reed, who is currently under fire for admitting to sexual harassment allegations, will not run for re-election in 2022. 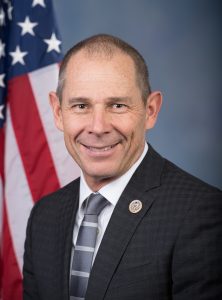 Rep. Curtis previously co-signed a letter stating, “We share your belief that every human life is precious, sacred, and deserving of protection.” It is unclear why he has changed his tune now. He took over the former seat of U.S. Rep. 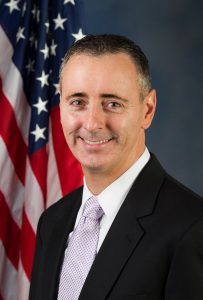 Rep. Fitzpatrick previously told the Catholic Archdiocese of Philadelphia, “I oppose legalized abortion, except when the life of the mother is in danger or the pregnancy is a result of rape or incest.” He appears to have changed his tune.

What are your thoughts about these Republicans’ pro-abortion votes for the Equal Rights Amendment?

Isn’t that amazing, all yankee scumbags!

Let’s get them out of office!!! The sooner, the better!!!

FIRE ALL FOUR.THEY HAVE TURNED INTO BLOODTHIRSTY GHOULS FOR PERSONEL GAINS.

These Republicans need to be voted out of office for betraying the oath they took. Abortion is murder.

Time to find candidates to replace those traitors. They seem to say anything to get votes and then become the demorats they really are.

For their betrayal to their pledge and their support for murdering innocent babies I quote the 70s “All In The Family” character, Maude, who frequently told Archie “God will get you for that.” No, I can’t judge who is and isn’t going to Heaven but I know He is not very happy with the so called “pro choice” crowd who actually attacked Sara Palin for not aborting her son after pre birth tests showed he had downs syndrome.

Send them an email or short letter condemning their actions, but also remind them that they made a promise both verbally and in writing. You now see them as liars and baby killers. Then say you will be part of the wave to vote them out.

This means helping to find and support someone to primary them.

This is the Right Way to replace them. Defeat them in their primaries. People who choose death instead of Life need to be out of government anyway, be they Republican or Democrat. They are Progressives, ingressive regressives, who wield the sword of Damocles over our nation.

The same POC every time

I feel that they committed an abomination against the unborn. I am praying for their souls. They obviously know better, so they will be held accountable when their time is up in this life unless they are truly repentant and make reparations. In addition, they betrayed their constituents and those organizations that endorsed them. They deserve to be replaced by a better candidate in the next election.

And they call themselves republicans. They lie just like the dems.

I have no opinion. I am not the judge. They will eventually answer as all of us will. Vote them out when the time comes.

May God have mercy on their souls.

Typical RINOS. They lie to get in office and then ignore their constituents. This is nothing new in the world of politics, especially with Republicans. I detest democrats but I have to say, they do toe the party line and never back off their agendas. If only our Republican representatives would be so staunch..

“I oppose legalized abortion, except when the life of the mother is in danger or the pregnancy is a result of rape or incest.”

Any medical procedure initiated to save the life of a mother that does not involve the direct killing of the unborn child is not an abortion.

How a child is conceived does not void the fact that a human life is developing in the mother’s womb. Murder is still murder.

Proof they would sign anything to get elected, and get all those perks for life!!! Indecent!!!

Trump is right to focus on getting rid of any RINOS who aren’t true to their oath. It’s time to get rid of them and the career politicians that do nothing but cave to these murderers

I can only speculate, but they either had something held over their head (aka coerced), or just reinforces the idea that everyone has their price. So sad…..

What are my thoughts–that they should all be gone in the next election. Not only is the bill a bad one, it just isn’t reasonable. States have voted to approve or not approve of the proposed amendment with the understanding that it would fail if not approved prior to the deadline for approval. Does the bill even allow for states to withdraw their prior approvals?

Traders so sad There is a hart beating at conception or it wouldn’t be growing. What happened to birth control

Make sure that they don’t get elected again. Anyone that lies to their constituents to get voted into office should not be there..They can never be trusted again.

Baby, They Lied!! They Renege on the People who Voted Them into Office.
Baby. They Don’t Care if you Live or Die!
Baby, They Only Care for the Reward they’ll Get for Supporting the “Non Planned Parenthood” Murder Association.
Murder of Babies, A Platform that will leave blood on the hands of all that Supports this practice.

Two from NY, one from PA. I would expect nothing less from these turncoats. They’ve been bought.

They a recall traitors.

Supposed to say, they are all traitors!!!!!

Seems to me that politicians on both sides insulate themselves way too much. I say “no more fence sitting”. If they want the vote they’d better let people know where they stand and best not go back on their promises.

What about the ProLife Democrats who voted for Biden?!?!?! What do they think now??? It makes me sick to think that 1ProLife Democrat would for pro abortion Joe. They are responsible as well for the deaths of all aborted babies under Joe Biden’s presidency!

They are as disgusting as Biden, cowards that will sell their soul to get re-elected. Liars, deceitful liars and murderers. Guess you can’t expect These Godless scumbags to be anything other than what they are, followers of Herod and satan.

They are politicians what do we expect on this day and time. All I can say is they lied and should be recalled.

What we have is a bunch of Democrats running as Republicans. Lying to the American people is a must for the Liberal, Progressive , Socialist Democrats.

For all you Reno who broke your pledge for pro-life, Americans know who you are we don’t Trust or like liars! Your All Toast 2022 isn’t that far off we won’t forget you broke a pledge right along with dumboRats who sided with Murder Inc!

If you are not for Life, there is one choice remaining, and this is death. What are these people thinking? Are they of Mankind at all, or are they just plain ignorant, unknowing, helplessly clueless.