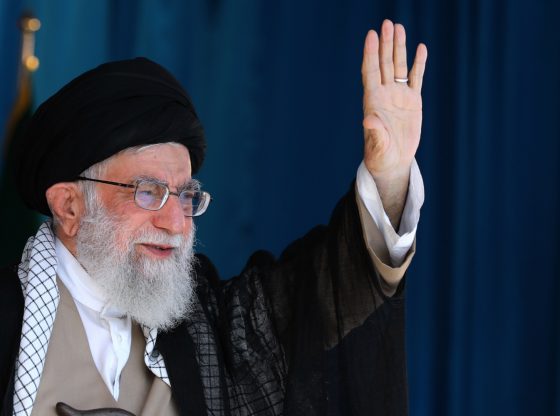 The United Nations (U.N.) has just elected the failed state of Iran to be on its “Commission on the Status of Women,” which the U.N. describes as a “principal global intergovernmental body exclusively dedicated to the promotion of gender equality and the empowerment of women.”

According to UN Watch:

The vote yesterday by the UN’s Economic and Social Council, reported first by UN Watch, sparked outrage among human rights activists. “Electing the Islamic Republic of Iran to protect women’s rights is like making an arsonist into the town fire chief,” said Hillel Neuer, executive director of UN Watch, the Geneva-based human rights group. “It’s absurd — and morally reprehensible. This is a black day for women’s rights, and for all human rights,” said Neuer.

Though the ballot was secret, UN Watch has determined that at least four of the 15 EU and Western Group democracies on ECOSOC—which include Australia, Austria, Canada, Finland, France, Latvia, Germany, Luxembourg, the Netherlands, Norway, Switzerland, the United Kingdom, and the United States—voted for Iran.

“This is surreal,” tweeted Iranian women’s rights activist Masih Alinejad. “A regime that treats women as second class citizens, jails them for not wearing the compulsory hijab, bans them from singing, bars them from stadiums and doesn’t let them travel abroad without the permission of their husbands gets elected to the UN’s top women’s rights body.”

“Iran’s persecution of women is gross and systematic, both in law and in practice. The UN’s own secretary-general has reported on Iran’s ‘persistent discrimination against women and girls,’” said Neuer.

“Iran’s fundamentalist mullahs force women to cover their hair, with many arrested and attacked daily under the misogynistic hijab law. They require a woman to receive permission from her father to get married. The legal age for a girl to marry in Iran is 13—with even younger girls allowed to marry with paternal and judicial consent.”

What are your thoughts on Iran’s election to this post, which will impact many women?

how stupid can they get

Don’t say that. They’ll take it as a challenge.

it’s just getting crazier and crazier…is there ANYBODY left with at “least” SOME Common sense….????

This is disgusting. I can’t think of anything else to say

😂😂😂 figures the corrupt satanic Nazi democrats at the UN only care about Satan!

That just proves that the UN is not interested in womens rights as well as the un-born. They are worthless and we need to get out. If anyone promotes the UN and their programs without real thought or investigation they are a globalist who thinks of nothing but whats in it for them.
As Rush Limbaugh once described the UN – it looks like the bar scene from Star Wars – criminals and thugs.

Another reason to get rid of the un. They are a laughing stock and dangerous. Transport them to the island of their choice, but get them out of America!

Why give them an developed island? Shanghi would B better , a large vibrant city with law & order..
Clean air great infrastructure, ancient culture great human rights, all features of the Middle Kingdom. Least ways that’s what the ccp says.

That’s not a shock. It’s how the UN operates.

Boy did the UN get this wrong again their good at doing stupid things, they put a country that Hates Gays, Lesbians, Transgender and the rest of Lgbtqs, and women that would be Iran in a position like this, in Iran the cut off their heads, it’s against the law of Islam!

When in hell is the US finally gonna kick the UN out of this country – tese guys are total IDIOTS!

Let’s face it. The UN is just another lost cause.