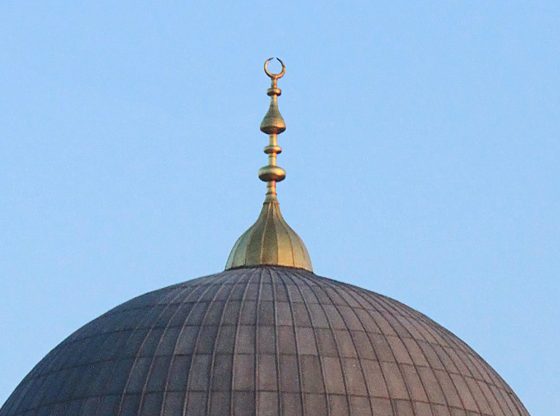 On Friday, it was reported that a Catholic diocese in Tours, France is helping fund a Muslim mosque.

According to Life Site News:

Vincent Jordy, recently named archbishop of Tours in the center of France, has been forced to publish a statement after declarations by a local Muslim leader revealed that the Catholic diocese has given funds for the construction of a large mosque, and that these funds can be said to have been financed by the “denier du culte”: parish contributions given by Catholics in the diocese for its upkeep and operating costs.

Bishop Vincent Jordy published a statement on April 15, only two days after the news of diocesan funding for a mosque in Tours broke:

In 1996, during the visit to Tours of Pope Saint John Paul II, as subsidies were almost non-existent, the diocese had launched an appeal for donations to ensure the funding of this reception. On this occasion, the Muslim community of Tours wished to make a symbolic donation. In return, the diocese of Tours wished to make a similar and symbolic donation on the occasion of the launching of the Tours mosque project more than 15 years ago.

Do you think it is okay for the Catholic diocese to contribute to help Muslims build a mosque with church funds, especially during the COVID-19 pandemic recovery?

Their own death wish. How appropriate.

Keep in mind the people probably didn’t want it just like we don’t want 11 million illegals waltzing across during a pandemic.

Wake up. That’s why I don’t donate because of what they choose to do with th funds

I don’t either. The tithe was for the old Covenant which has been abolished

Right. The person to get mad at is the Bishop though not the French people.

I had a French classmate obsessed with Arabs. So this story saddens me but does not surprise me.

Then again we can’t really point fingers with many Americans wanting our culture to disappear.

I heard the imam and the pope are trying to get a world religion going for world peace. Good idea, maybe, but the pope also said we all have the same spirit leader. Bad idea. There is only one God, and it is not allah, bhuda or who ever. They even included wiccans in this conference. We, as followers of Jesus Christ must remain strong.

There is a picture of the Pope kissing the iman. Disgusting!

Does that surprise anyone? The frogs have been murdering and supporting murderers for hundreds of years!

In fairness, it’s not just French churches doing this. I think we are in for a big reveal worldwide.

A famous Rabbi mentor who champions the Judaeo-Christian tradition once told me: Christianity in Europe is committing suicide. He should know: Jews in France are already on the run, due to Muslim persecution. I have many dear Muslim friends. It’s Islam I don’t trust.

I’m with Becky…….OH HELL NO!! I lived side-by-side with them for two months
on a Middle East study tour. When I first arrived (first day of tour). I asked a Muslim
woman with a 10 year-old-boy if I was going in the right direction. THE KID answers me; Mom ignores me…..get this: I WAS NOT to address her directly, ONLY the “man” which in
this case was the kid. I’d like to tell you what I’d “donate” to them!!

I’d like to donate a knuckle sandwich to them

I have a close Muslim friend. She lost her kids due to Sharia law plus a cowardly US court wbo would not intervene because to do so was “racist.”

This is why I am a Christian- and no longer a Catholic. Evidently the Catholic leadership in France, and I fear elsewhere as well, is attempting to appease the Muslims. When you appease an enemy they just kill you last.

Does any one remember, some time ago when they were questioning, whether or
not, this would be the last Pope? Could this be “the beginning of the end” of the Catholics?

The Muslims want to rule the world and this French Catholic Diocese is helping them!
That is why I only donate to my local Catholic Church. I can see where the money is being used.