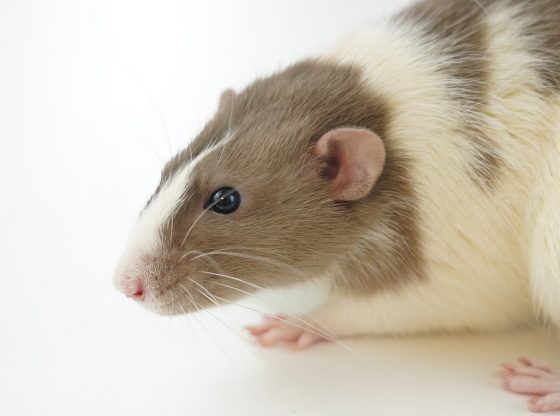 A gruesome new video from the Center for Medical Progress exposes a horrifying experiment at the University of Pittsburgh involving scalping five-month aborted babies and implanting their scalps onto rodents.

Along with the study, the researchers published photos of their experiment – horrific images that show tufts of babies’ hair growing on the rodents.

The Center for Medical Progress video raises even more concerns about unethical and potentially illegal practices at the university, including babies potentially being born alive in abortions, killed and then dissected for their organs.

It also suggests the University of Pittsburgh and local Planned Parenthood, which supplies aborted baby body parts, may be involved in an “illegal quid pro quo” partnership.

Scientists at the University of Pittsburgh are using scalps from aborted babies to create “humanized mice” for dubious research projects.

And an investigation found DR. ANTHONY FAUCI is funding these experiments with aborted baby parts!

What is also infuriating to many is the use of tax dollars through the National Institutes of Health and, in particular, Dr. Anthony Fauci’s National Institute of Allergy and Infectious Diseases office,  to fund the inhumane research on aborted children.

“It is deeply horrifying to know that we walk on the campus and pass the buildings that use aborted children from Planned Parenthood for research,” said Anna Schanne, president of Pitt Students for Life, the University Students for Life of America club. “The University of Pittsburgh should not align themselves with Planned Parenthood. Especially as a public university, it is disgusting that taxpayer money be used on morally and ethically problematic research.”

Action: Sign the open letter calling on the University of Pittsburgh to end its experiments on aborted babies and supporting a full investigation by the Pennsylvania General Assembly.

Our tax dollars should be funding Fauci and democrats lethal injections.

Scalping Fauxi for rat experimentation for free is what should be happening.

LISTEN UP…DR FAUCI is NO SAINT. The TRUTH Shall Be REVEALED. ANYONE Who USES ABORTED FETUSES …SHALL GOD CONDEMN. From SamuraiQueen. 😄😄😄

H.G. Wells wrote a horrid story, The Island of Dr. Moreau, about an island terrorized by human-animal hybrids. That and Brave New World with its bio-sociological engineering seem to be coming true.

There is a special place in Hell for Fauci and the rest of these monsters for what they are doing. The wrath of God will overtake them and the judgement will be horrible for them.

This is really sick! There is no way tax dollars should be funding this.

Dr Foucinstain experiment on his own body the mice and the baby said, ” my body my choice”.