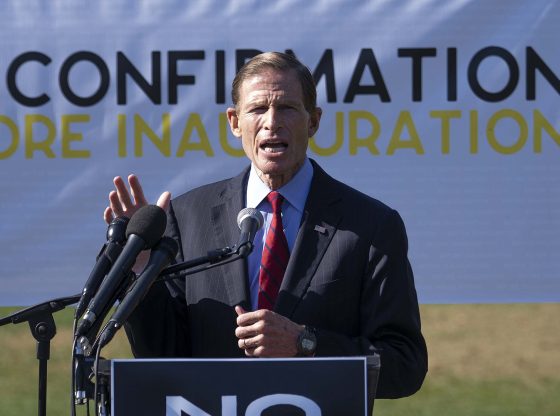 Multiple far-left Democrats in Congress are threatening the Supreme Court justices if they overturn Roe v. Wade with the case they have just agreed to take up from Mississippi.

“Chipping away at Roe v. Wade will precipitate a seismic movement to reform the Supreme Court,” Democratic Connecticut Sen. Richard Blumenthal told The Hill on Monday. The Supreme Court announced on May 17 that it would hear the case Dobbs v. Jackson Women’s Health Organization, which addresses Mississippi’s ban on abortions after 15 weeks.

Upholding the Mississippi law “will inevitably fuel and drive an effort to expand the Supreme Court if this activist majority betrays fundamental constitutional principles,” Blumenthal continued.

The Connecticut Democrat has repeatedly changed his mind on court-packing, saying that “nothing is off the table” when Republicans confirmed Amy Coney Barrett to the Supreme Court in October 2020. He said on May 18 that Democrats should only “approach the issue of expanding the Court with extreme caution.”

Democratic Rhode Island Sen. Sheldon Whitehouse, who often advocates court-packing, said that Democrats have “a whole array of options we’re looking at in the courts committee” if the Supreme Court upholds the Mississippi law.

Rep. Jerrold Nadler (R-NY), a co-sponsor of the court-packing bill, said that the Supreme Court’s consideration of the Mississippi abortion case “further shows the need” for court-packing.

This is why God will destroy ALL corrupt satanic Nazi democrats very soon!

Here’s hoping the Supreme Court will call the bluff of un-American leftists and end the outrageous abuse of the Constitution that was the Roe v Wade decision. There was simply NO BASIS in the Constitution for the “constitutional right” that the decision invented.

I do not have any faith in the courage of the majority of Supreme Court Justices. I only trust Thomas and Alito.

They threatened the SC just like they did in the election! Their families were threatened by these criminals and they had an obligation to protect our constitution and failed! They even released personal business and taxes that violated Pesident Trumps rights and gave them to the dirty crooks in NY! They had no legal right to do this! Either they stand up to these criminal thugs and do their jobs or step down!

Blumenthal your a murderer, and you no nothing about biology, your just a plain ignorant dumborat, who opens his mouth and out comes more stupid, let me explain life begins a conception , that means from the beginning, no matter how small that life is has a right to life, the woman who got knocked up did it out of stupidity, contraception is free if a person can’t afford the pill this is the 21 century for God sake, not the dark ages, unless the woman’s life is in danger it’s called murder no free passes, I will not pay for stupid!