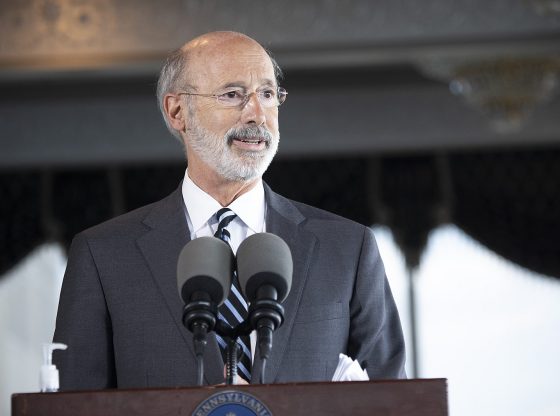 On Thursday, Democrat Pennsylvania Gov. Tom Wolf assured pro-abortion extremist lawmakers that he will “uphold Pennsylvanians’ right” to kill their children in the womb through abortion without limits.

“I am reaffirming my commitment to uphold Pennsylvanians’ right to make their own health decisions,” Wolf said. “Politics do not belong in a doctor’s office, and there is absolutely no place for politicians to come between an individual and their doctor.”

Earlier this week, the governor promised to veto any pro-life legislation that reaches his desk.

One of the bills that passed, the Down Syndrome Protection Act (state House Bill 1500), would prohibit discriminatory abortions on unborn babies with Down syndrome. It would add to a state law that already bans sex-selection abortions. Wolf vetoed an identical bill in 2019.

State House lawmakers also advanced bills to prohibit abortions once an unborn baby’s heartbeat is detectable and to require health care facilities to give parents the option of burial or cremation after the death of their unborn baby.

Despite his disgust with saving lives, the Pennsylvania House and Senate are both filled with pro-life Republicans in the majority.

People need to understand that abortion is not about abortion or a woman’s right to choose. It is about desensitizing a society to accept the next step which is eugenics, euthanasia and allowing the unhealthy to be put to death. Once we can convince a society to kill the most vulnerable then they are read to accept the death of all vulnerable people in the womb or outside the womb. THIS is the real goal of abortion and as they always do they use a group of people (women) as the stepping stone. There is no human emotion stronger than a mother carrying a child and if they can break down that human bond then we are ripe for the murder of living children and adults. WAKE UP.

in the BLM communities of Chicago, it’s apparently OK to Murder at any age…so far this year around 1300 shootings and approaching 250 murders…..is that also “a right to choose”?

You know that these two are NOT the same! I scrubbed in Surgery before Rowe vs Wade was passed. That also was before birth control was as good as today! Before Ultrasound was available at all.!

It is a shame that his mother didn’t abort.
Wolf is one of the worst.

Are there enough moral people in Pennsylvania to toss this immoral governor out on his ear, or is Pennsylvania hopelessly leftist?

What a deplorable scumbag. Probably had his milk money stolen when he went to school. Now he fights back by killer no babies to show how tough he is. A truly disgusting waste of human life. If there was a real case for abortion it would be him, Pelosi, Biden and all the other dirt bag politicians that sell their soul for a vote.

LISTEN UP…GOV TOM WOLF Can JUMP into a LAKE With CROCODILES. Would HE Have LIKED it…if HIS MOM ABORTED HIM. ITHINK NOT. From SamuraiQueen. 😩😩😩