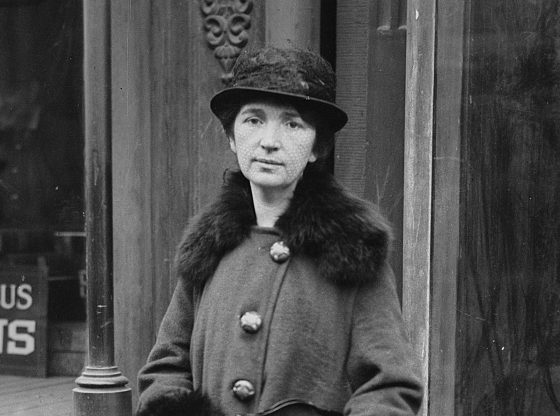 In a move to cover up Planned Parenthood’s racist founder Margaret Sanger and her eugenic past of wiping out the Black population through abortion, the abortion company is now trying to remove Sanger’s name from a New York City street.

PPGNY lobbied to remove the name “Margaret Sanger Square” at Mott and Bleecker Streets during a Community Board 2 meeting. Community Board 2 represents the West Village area of Manhattan. Merle McGee, the Chief Equity and Engagement Officer of PPGNY, introduced the motion. “We need to acknowledge, like many institutions, that we have to reckon with our history and our founder’s legacy,” McGee said during the meeting last month. “Margaret Sanger, the founder of Planned Parenthood, was a champion for birth control, which expanded bodily autonomy for many, including women of color, but Sanger also embraced eugenics, which was an ableist and racist philosophy to advance the birth control campaign.”

Surprisingly, some board members fought back against the resolution, trying to claim that Sanger’s legacy of supporting eugenics and racism is not valid.

“Many of the statements you just made about Margaret Sanger are highly controversial and a number of respected historians have debunked some of these things and demonstrated with detail that the connection between Margaret Sanger and eugenics is vastly inflated,” board member Cormac Flynn said.

Darlene Lutz, who lives in the community, went even further to fight the removal of Sanger’s name. “With all due respect, the 2021 resolution as written is an embarrassment to this Community Board and should be rejected and withdrawn,” she said. “The application presented to the Community Board was declared without fact, truth or context.”

A board member responded, “I would hope Community Board 2 members would not try to parse out how racist someone is.” When asked about her thoughts on the issue, McGee told the board that Planned Parenthood had done extensive research of its own and found Sanger to be connected to eugenic efforts.

Tennessee Fights to Protect Babies With Pro-Life Laws in Court
Biden Ignores D-Day, Snubbing American Vets Who Sacrificed Their Lives for the Country

Hope they make it!

Sanger and her Planned Parenthood was based solely on racism, she wanted to wipe out an entire race much like their doing today to all women, it’s called making money to destroy a human life! Now some want to remove her name off a street your a bunch of hypocrites! You call yourselves healthcare professionals, your not the alternative to destruction of human life it to get these idiot young women and girls educated on birth control, it’s a tiny little pill to take every day to keep from getting pregnant in the first place, But and this is big you chose Abortion over common decency Abortions bring in more government (Taxpayer Money) you want the money you don’t really want to help these young women it’s ALL ABOUT THE MONEY!

Planned parenthood you can’t make a silk purse out of a cows ear, your not in the business to help women your in the murder innocent life business and you will be judged for all the lives you took for profit! Justice will be served on your black souls!

So the libs don’t want their pet project of killing babies to be stained by racism???