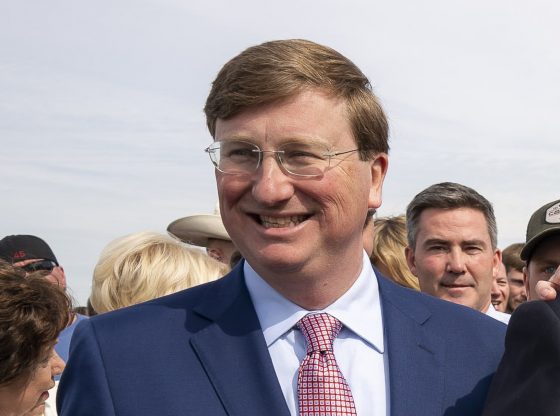 “Well, Jake, let me just tell you that for people such as myself that are pro-life, I believe that the Supreme Court made a mistake in the 1970s, but that’s not the issue at stake that is before the court hopefully when the arguments are heard sometime in the fall,” Governor Reeves said.

“The question that is before the court — and this is something that you mentioned earlier and that’s with respect to understanding and appreciating and respecting science. The fact is, we know so much more in America today about the formation of young children in the womb than we did when Roe v. Wade was decided in 1973,” he added.

The governor said science makes it clear that unborn children are human beings and that they survive outside the womb much earlier than they did back in 1973 when Roe was first decided.

“We know so much more even than we knew when Casey was decided in 1992. That was almost 30 years ago. It is not unusual for the court to review cases from the past. And What we know now, Jake, is that we know that the heart has partially formed at 15 weeks,” he explained. “We know that the baby in the womb is practicing breathing. We know that most internal organs have started to form, and we believe that that child is viable outside the womb. And so the question is not, “Are you going to overturn Roe v. Wade?” The question is, “The science has changed, and therefore it makes sense for the court to review their decisions from the past,” and this is a vehicle in which for them to do it.”

The Supreme Court is set to hear arguments on a Mississippi bill banning abortions after 15 weeks, which many believe is the key to overturning Roe v. Wade, which legalized abortion on demand in 1973.

20 weeks is the standard in many places around the world, I may or may not be pro-choice but it would seem a reasonable compromise would be 20 weeks. This partial birth abortion stuff is sick and 85% of Americans agree that should be banned, how that has ever made it into any kind of discussion shows the power of the media that is far-left and pretends to represent mass thought. They put restrictions on gun ownership so why is 20 weeks so outrageous. And the folks on the pro-life side need to be reasonable too, abortion is not going away and these 6 week heartbeat bills are just as unrealistic as the far-left abortion on demand goals. I am not a centrist by nature but these seem like simple solutions.