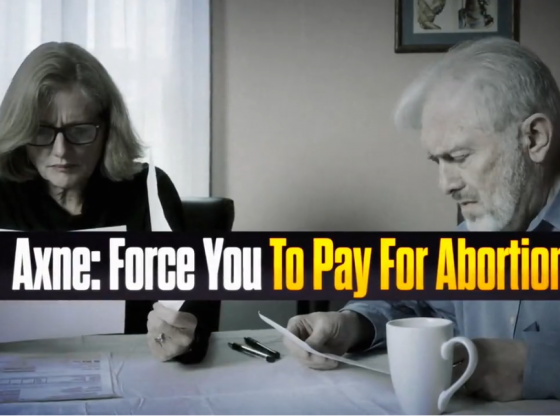 On Wednesday, the national pro-life group Susan B. Anthony List (SBA List) launched a six-figure digital ad campaign targeting two vulnerable U.S. senators and six U.S. House members in competitive districts. The ad exposes congressional Democrats’ efforts to force taxpayers to fund abortion on demand by eliminating the Hyde Amendment and similar legislative riders to the budget. Earlier this month, President Biden released a budget that guts the decades-old, bipartisan Hyde Amendment and would force taxpayers to fund abortion on demand through birth. The push to get rid of Hyde has also been endorsed by Speaker Pelosi.

“Pro-abortion Democrats seeking to repeal Hyde and force Americans to pay for abortions do so at their own political peril,” said SBA List President Marjorie Dannenfelser. “For decades, the Hyde family of pro-life policies have protected Americans from paying for abortions, with the Hyde Amendment itself saving nearly 2.5 million lives. Time and again the polls show Hyde isn’t just effective, it is popular: a strong majority of Americans oppose taxpayer funding of abortion and want to humanize our laws. By choosing the abortion industry over the will of the people, these pro-abortion politicians alienate themselves from their constituents – and will pay a heavy price for their abortion extremism in 2022.”

Concurrently, House Republicans this week launched an “18 Days for H.R. 18” congressional campaign. Between now and the August recess, pro-life legislators will be seeking unanimous consent on the House floor for consideration of H.R. 18, the No Taxpayer Funding for Abortion Act.

Last month, more than 60 pro-life leaders sent a letter to congressional leadership urging them to fight for the Hyde Amendment and other similar longstanding pro-life riders during the appropriations process. Learn more at sba-list.org/hyde. Attorneys general from across the country have urged Congress to include the Hyde Amendment in this year’s budget.

PRAY for this to be successful against the Dem-ons !!

Baby killer dems have not been the party of Harry Truman for a long time. They are leftist liberal socialist communist agents of Satan. May they burn in Hell!

Last month, more than 60 pro-life leaders sent a letter to congressional leadership urging them to fight for the Hyde Amendment…WHERE IS THE LIST !