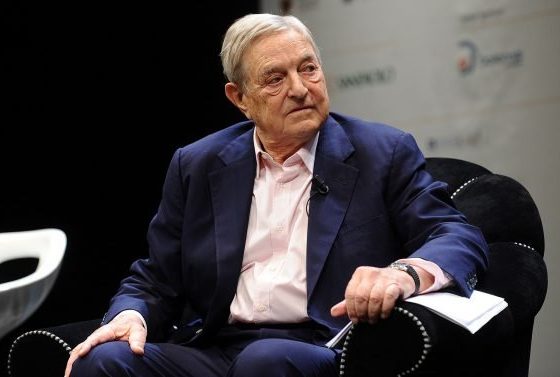 The extremist anti-life group “Catholics for Choice,” ironically named as the Catholic Church unequivocally supports life from conception to natural death, has been praised by the publication Inside Philanthropy (IP) because “the politics of reproductive rights are approaching a boiling point,” according to the publication.

The outlet propped up the “challenge” of the new and extremist CFC President Jamie L. Manson: “To reach the millions of Catholics who comprise the ‘moveable middle’ of the faith electorate.” It appears that the way for Manson to reach the faith electorate is by corrupting Catholic doctrine: “‘The anti-choice movement is not a secular movement. It is a religious movement that is largely made up of Catholics and right-wing evangelicals who were inspired by Catholics. …There really is no game here without Catholics for Choice.’” By “anti-choice” Manson is using the typical leftist denigration of the pro-life movement.

IP celebrated Manson’s CFC leadership as “a rarity: an ‘out lesbian Catholic journalist’ with a master of divinity degree from Yale.”

IP conveniently neglected to mention CFC’s connections to Soros and Buffett. Foundation Directory Online data showed that The Susan Thompson Buffett Foundation gave a whopping $26,771,936 to CFC between 2003 and 2018. Soros’s Foundation to Promote Open Society (FPOS) gave CFC a $200,000 grant in 2018. The average cost of an abortion at 10 weeks is $450, according to Pregnancy Decision Line. The average abortion cost suggests that the Buffett Foundation’s CFC funding could pay for an astonishing 59,493 abortions, while FPOS’s funding could pay for 444 abortions just from its 2018 grant alone.

Catholics for Choice had reportedly been suffering from a recent loss of influence and funding, according to the article. To fix the problem, Manson is reportedly pursuing a marketing strategy to encourage leftist donors to see its utility for abortion advocacy. IP celebrated the despicable pro-baby killing strategy.

IP wrote in the report:

‘We have to talk back to the anti-choice movement in religious language. Because they’re using religious language,’ Manson contends. The approach is unique in that it’s not the in-your-face advocacy characteristic of most abortion rights groups, Manson says. That approach differs from the way Planned Parenthood and NARAL address the issue, she says. But Manson maintains that when ‘your biggest opposition is the Catholic Church and right-wing lay Catholics,’ CFC is invaluable to funders because it knows how to respond in the language of faith,” [emphasis added].

America is PRO end life of SOROS, BUFFETT and ALL HOLIER THAN THOU DEEP STATE ANIMALS. CONFISCATE THEIR PERVERSE UNDESERVED WEALTH and REMOVE THEM and THEIR AMERICAN HATING AGENDA FROM OUR PLANET.

so smart and yet so dumb

Unless you are patterning yourself after our so called “catholic, so catholic its scary” President, you are not Catholic. Follow the teachings of the faith or get out but do not try to fool others into thinking that this is what Catholics are. Jesus said something to the effect that those that deceive for religion sake be best to have not been born. You get the point. And it seems to me there are a whole lot of people in this realm that have a whole lot to worry about. Sadly I dont think they do worry because they are not what they claim to be and dont care.

I always looked up to Buffet and admired him but that just came to a screeching halt when it became clear that he and soros are both investing to do away with religion I knew that soros was the most evil person on the planet but it was a shock to see that Buffet was right there with him which makes him evil too.

Satan is more active now than ever before in history! He has his minions funding the demonic evil villains that are so called Catholics promoting the abolition of God’s 10 Commandments and Jesus’s Church!

The devil only has so much time to destroy and gather his followers… And he’ll make sure they love to destroy too!