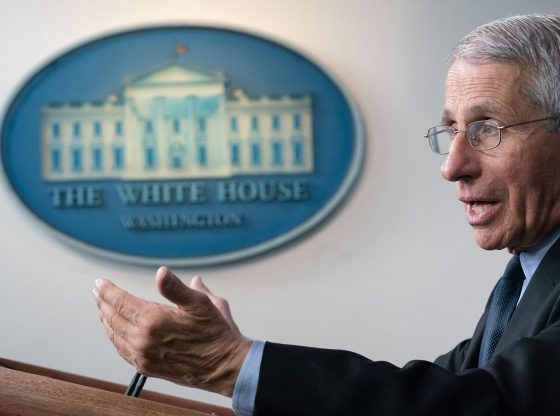 The pro-life group Students for Life Action is calling for the removal of Dr. Anthony Fauci over reports he was caught funneling taxpayer dollars to fund implanting rodents with aborted baby parts. The group reportedly collected over 2,000 signatures for his removal.

“Fauci’s actual job as a high-ranking official at HHS is to protect Americans from conception — yet he is doing the exact opposite: sacrificing the most vulnerable American children to appease Corporate Abortion …” the petition states. “And taking U.S. taxpayer dollars to do it.”

Fauci also is the director of the National Institute of Allergy and Infectious Diseases, a role he has held for nearly four decades. Find the petition here.

“We do not support the continued employment of Dr. Anthony Fauci amidst revelations that his office has been complicit in barbaric, inhuman research,” said Kristan Hawkins, the president of Students for Life of America and SFL Action, in June during a protested outside the National Institutes of Health.

Earlier this summer, the Center for Medical Progress exposed how Fauci’s agency gave $61 million to the University of Pittsburgh in 2019 for scientific research, and some of that money funded a gristly experiment involving aborted baby body parts being attached to mice and rats.

The push comes as members of Congress are calling for Fauci’s salary to be defunded to $0 through the “Fire Fauci Act” for his misleading of the American people during the pandemic, among other things.

Don`t just fire him; put him in prison. He would have been a good Nazi under Adolph Hitler.

Dr. Fauci, are you Dr. Mengele of Auschwitz reincarnated?

Keep Dr. Fouci, vote NO to anything Pelosi
.

Fauci your nothing but human waste, and a disgrace to America, everyone is finally wise to you Your washed up!