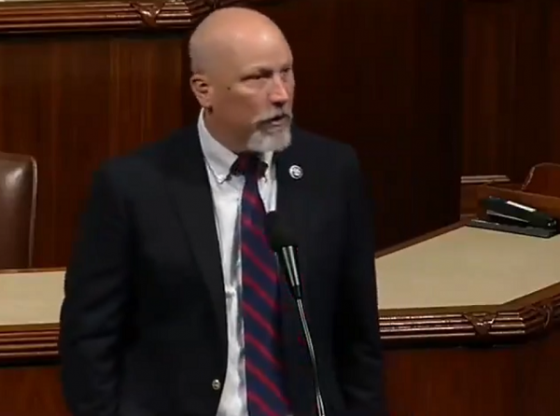 On Wednesday, Congressman Chip Roy (R-TX) made a statement blasting a federal lawsuit against the Texas Heartbeat Bill.

“Abortion extremists are once again on parade to the courthouse in their latest attempt to block a democratically passed law because it dares to protect innocent, unborn children from the lies of the abortion industry. The courts should reject this brazenly politicized lawsuit on its face.” Roy went on, “The will of the people to protect the right to life of the unborn must be respected. We must resolve to reclaim our right to self-government, not bow to the whims of unelected lawyers in black robes.”

The lawsuit was filed in an Austin federal court by groups such as Planned Parenthood, the ACLU and the Center for Reproductive Rights, according to The Hill. These groups claim that the bill violates a constitutional right to abortion.

The bill “allows complete strangers, anti-abortion activists, to sue and interfere with the patient’s decision,” Senior Counsel for the Center for Reproductive Rights Marc Hearron told The Texas Tribune. He went on, “Those people may try to essentially hijack the courts for their ideological agenda.”

Do you agree with Congressman Roy’s stance on this federal lawsuit?

Majority of TAX payers are pro life. WE HAVE A RIGHT TO DENY FUNDING TO MURDERERS AND BUTCHERS.

WE have no choice but to fight back; unborn babies can’t fight back. Bless you!!

We call ourselves A CIVILIZ ED COUNTRY but do not protect our most defenseless. Satan is alive and well and the GREAT deceiver. Anyone who thinks abortion is OK for any reason I would like to ask: are you glad your mother did not have an abortion when you were in the womb. IF a women becomes pregnant because of rape or incest, then she should have the choice NOT to carry the child. BUT this is not the reason for most abortions.