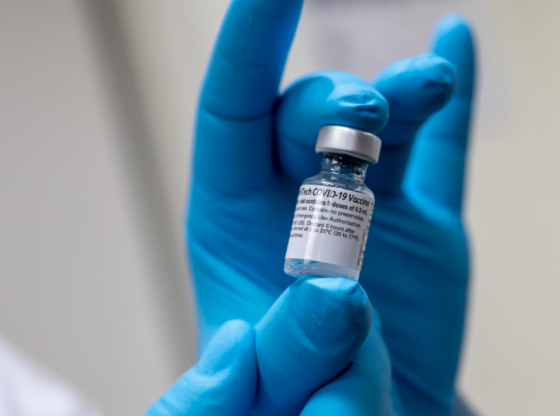 An editorial in the National Catholic Reporter, a left-wing “Catholic” online news magazine has suggested in a editorial that COVID-19 shots should be made mandatory at Catholic colleges, churches, and parochial schools, describing the abortion-tainted injections as a “moral obligation.”

The NCR – which has called the pro-life movement a “tool for right-wing authoritarianism” and said that the Little Sisters of the Poor, who have fought in federal court for relief from an Obamacare mandate to provide contraceptives as health care, were merely “portraying themselves as victims of government bullying” – argued that everyone must take the experimental shot.

“Everyone has a moral obligation to get vaccinated unless they have a legitimate medical condition prohibiting them from doing so,” the editors said, adding it’s “not even a close call.”

The call for mass vaccination echoes Pope Francis’s January 9 statement that “ethically, everyone should take the vaccine… it must be done.”

The article suggested that there is a “race” underway in the United States between the rate at which Americans get vaccinated and the rate at which the virus mutates into variants which “may diminish the effectiveness of the vaccines.”

Is this left-wing news organization right, or should it be none of schools or churches’ business what peoples’ vaccination status is?

“The CDC released more data today in their VAERS government funded database and now admit that they have received reports of nearly 12,000 deaths during a 7-month period since the covid shots were given emergency use authorization by the FDA last December.

All churches should stay out of politics and that vaccine is certainly political. That pope needs to stay in Rome and be quiet.

What the pope supports goes against God and His word, which makes the pope an Anti-Christ. this title pertains to everyone who rejects Christ as Lord and Savior and THE ONLY WAY to heaven. No mary, no saints no good works only by Grace are you saved and not by works that anyone should boast Ephesians Chap2.

Vax’d people get the china virus anyway. Why would I want to get a vax that can spread the virus or kill me? I am healthy and want to remain healthy and alive. 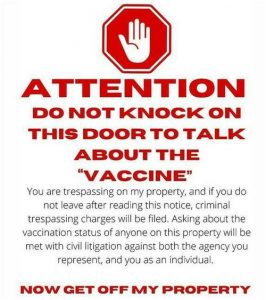 Why is there a race to vaccinate? They want it done before people realize the true side effects.

NOT safe. NOT effective. Who are YOU to tell me I must risk my life to take such a risky shot? MY HEALTH is none of your business. I am not endangering you—YOU are endangering ME! So it is my opinion that you oppressive, loud-mouthed people should just shut up and leave the rest of us alone!

The NCR are. It Catholics at all, they are Luciferian’s, just like the beast of the land Jorge Mario Bergoglio!

Church needs to concentrate on prayers not vaccination it is one choice not anybody. Looks like politics is church domain now. I was born Catholic but boy that really make me hate them quite few times. This Pope included.