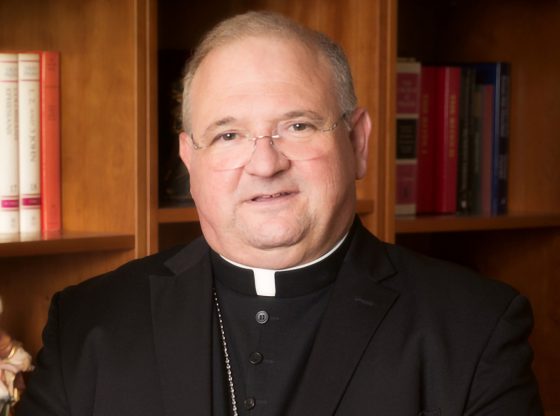 The Daily Caller reports New Mexico state Sen. Joe Cervantes, D-Las Cruces, said Saturday that the bishop refused to allow him to participate in the sacrament because of his “political office.”

“I was denied communion last night by the Catholic bishop here in Las Cruces and based on my political office,” Cervantes wrote on Twitter. “My new parish priest has indicated he will do the same after the last was run off. Please pray for church authorities as Catholicism transitions under Pope Francis.

Cervantes’ stance on abortion and assisted suicide likely was the reason why the bishop refused to serve him communion, though Baldacchino has not commented publicly on the matter.

In February, Cervantes voted for a bill to keep abortions up to birth legal in New Mexico for years to come and to repeal the state’s only conscience protections for pro-life medical workers.

The Pinon Post reports he also recently voted for a bill to legalize doctor-assisted suicide.

God bless this bishop. He is standing up for God and God’s word. Other bishops should follow suit but most of them won’t have the guts to stand up to those in high places by refusing to give them the eucharist. If it happened more, one of two things would most likely happen. More Democrats would stand up against abortion or more bishops will be put in jail. Hmmmm. Which will it be.

It is not political, it is killing a small human.

Thank to that bishop. Baby killers don’t have any rights to the sacrament. The pope is wrong.

Finally a Bishop that stands up

Praise God that he had the courage to do it. The Pope should be pushing for all of them to do this. These people are evil

Some of us wonder what has happened to Joseph Cervantes over the last 4 years, or so. He was, before, never so radically socialist and in-human as he is now. Apparently he has been co-opted by the radical-left Democrats that presently run things in New Mexico. Voters, WAKE UP!! Your country and your society is being stolen by radical pro-Communist New Mexico Democrats.

A man of God standing up for what in right in the true eyes of The Church of Christ!

God bless you Bishop Cervantes! You are a true man of God!

he is against the catholic church

I am not Catholic, but I will stand with the Bishop in denying the sacraments to any person that backs abortion. It is against God’s will take the life of an unborn baby. I pray that more clergy follow those of any faith that is against abortion and deny others that support abortion religious ceremony.

Thank you, Bishop, for being faithful to the teachings of the Catholic Church and for setting a courageous example for your fellow Bishops. The Church must condemn the damaging scandals caused by these high-profile persons who publicly defy the Church’s teachings, yet proclaim to be Catholics.

Wow, a real man of the Cloth.
‘unbelievable I hope more people will protect their beliefs and deal in Truths vs swayed by false but loud uncaring anarchist

New Mexico’s governor is probably going to crucify this Man for having faith in God vs faith in government
this Bishop may be the only man left with A backbone in the state of NM as the Liberals & in particular the Governor can’t stand freedoms and God. They are tools of oratory but not their true beliefs other than for campaigning purposes

Thank you Bishop For standing up against abortion , The Catholic Bishops and the Pope who refuse to take a stand are NOT true Catholics , and should resign from the religion.

It is so good to see we have some church leaders that actually follow the church laws and beliefs! Thank you, you don’t know how much this helps me in this time of no leadership!