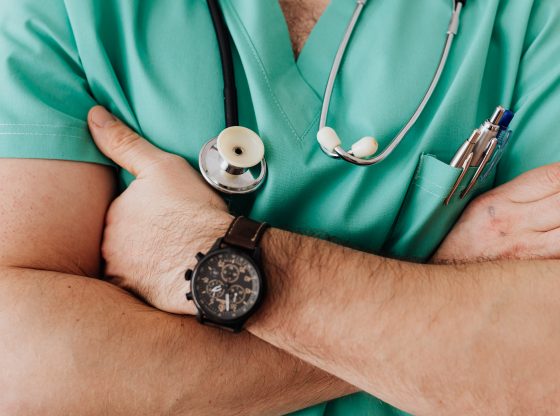 According to a Life News report, fourth-year medical student Austin Clark who attended the University of Louisville was formally dismissed on July 15, 2021, because of his pro-life views.

The medical student’s complaint is against President Neeli Bendapudi of the University of Louisville School of Medicine along 13 others connected to the school. Why does he say he was so suddenly expelled?

In his lawsuit, Austin alleges that the trouble with the school began when his pro-life group hosted speaker Alex McFarland in Fall, 2018. Austin was on the leadership board of the Medical Students for Life group at University of Louisville School of Medicine. The administration did everything they could to prevent the event from happening, largely by mandating impossibly expensive security fees – a common tactic of schools trying to silence views of the students they don’t like, as SFLAction/SFLA President Kristan Hawkins observed in her Wall Street Journal opinion piece. The student group even had to involve Alliance Defending Freedom, a legal foundation committed to the free speech of conservative students, to ensure that the event took place.

As noted in SFLA’s news release on the lawsuit, Austin says that from that point until his 2020 dismissal from the medical school, professors retaliated against him for his views, calling him “stupid” and questioning if his “brain was working” among the derogatory comments made. He was subjected to abuse, changes to his grades and forced to sign a “professionalism contract” that other students had not been required to sign. In his lawsuit, Clark alleges that he was “was physically harassed and bullied” as well.

The lawsuit notes that the injury Clark suffered included: “(1) submitting him to heightened scrutiny under “professionalism” standards, (2) arbitrarily and capriciously awarding failing grades, and (3) for his removal from the ULSOM for (a) expressing his pro-life and religious views through the speech made by Alex McFarland on campus and (b) verbally expressing his concerns regarding his and other students treatment within the medical school while on clinical clerkships, Defendants violated his First (1st) Amendment rights.”

“They are saying I was being unprofessional, but all I’ve done is to be a vocal pro-life student, standing up to bullies,” Austin said.

If his story is true (and I have no reason to doubt him) I hope he wins his lawsuit. People in this country have an obsession with shutting down ideas and the ideology of others that they disagree with. That was what debate was always about. We debated conflicting ideas we didn’t shut them down. The problem today is most people that want to shut others down do so because they are not capable of debate because their theories are based on emotions not facts.

Benjamin Franklin said “We have given you a republic ~ if you can keep it!” It is up to The People to keep it!

The problem is he will have to go through corrupt courts.

This is what they are being taught in the indoctrination centers formerly called public schools and in colleges today. No discussion, no debates after all progressives will loose if the discuss or debate.

What has happened that standing up for what is right gets you ostracized. These people are evil. They need to be brought to task and he needs to be fully reinstated.

Totally illegal and unconstitutional. Since left and democrats have set bar for “mostly peaceful protests”, lets have a BLM style protest at University of Louisville. LOOT BURN and BEAT THE SCUM WHO PROMOTE BABY KILLING. IF WE RID WORLD OF THEM, WE SAVE 1300 INNOCENT PRECIOUS LIVES. THE KILLERS LIVES ARE TRULY USELESS. HACK THEM UP AND SELL THEIR PARTS.

The problem with your solution is that the media and gov’t will turn it into another Jan. 6 event and use it for the next 50 years to turn people against you. You are not BLM and will never get away with it.

Your solution is no solution at all because by using their tactics make us look just as bad or worse than them; we can’t go there.

Hope he also is personally suing every member of the Med School board that were connected with the expelling. The people will have to paid large sums out their own pocket to defend themselves plus any judgement against them. Bankrupt them.

The colleges have successfully destroyed the American people with their socialist ideals. Time to stop this by getting rid of communist professors. Stop paying for them to spew hate for America.

Here’s hoping Louisville University has to pay a large award to this brave young man and have to reinstate him since he was in his last year of medical school when this travesty occurred!

Mr. Clark, contact Lin Wood if you haven’t already!
You need to sue this college for one billion dollars!

‘No good deed ever goes unpunished.’

Hopefully he is a student with passing grades on standardized test. That makes it easier to win the case

Just another day in the beast kingdom