“Wishing a very happy birthday our president [sic] and CEO Alexis McGill Johnson!” Planned Parenthood wrote on Twitter. “From the tough fights to the exciting wins, Alexis is a fearless leader and champion for Planned Parenthood patients and staff. Let’s show her some birthday love!”

“This past year was a doozy, but Alexis is a leader you can count on as a fearless champion for reproductive rights and addressing health inequity. We are proud to be in this fight with her!” Planned Parenthood’s political branch added.

🥳 Wishing a very happy birthday our president and CEO, @alexismcgill! From the tough fights to the exciting wins, Alexis is a fearless leader and champion for Planned Parenthood patients and staff. Let’s show her some birthday love! pic.twitter.com/v0jP76YawH

What Johnson and Planned Parenthood are primarily championing, however, is abortion, which violently and unnecessarily kills unborn babies.

Planned Parenthood has aborted more than 8 million unborn babies since abortion became legal nation-wide in 1973. Its most recent annual report showed a record number of abortions in 2020: 354,871, which is about 40 percent of all abortions in the U.S.

If only the millions of babies Planned Parenthood killed in abortions got to enjoy their birthdays too.

So what do you expect demons to do foe satans whore? 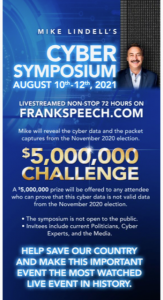 Everyone should question why is it that there is only 13% of blacks in the USA and they have been here since the time of independence, they should thank the KKK dems and Margaret Sanger for it.

America wants to celebrate this murdering, pig whore witches DEATH DAY. SHE HAPPILY MURDERS 1300 HELPLESS, INNOCENT, VOICELESS GIFTS DAILY. WHY DO WE PUT UP WITH GARBAGE LIKE THIS IN OUR SOCIETY. IDENTIFY THEM, HUNT THEM DOWN AND RETALIATE FOR THEIR ONGOING MURDERS.

HE PIG, HOW DO YOU LOOK IN A MIRROR? THIS MUST HAVE BEEN RAISED BY CRACK HEAD SCUM BAGS. WONDER WHAT IT FEELS LIKE TO HAVE HUNDREDS OF MILLIONS OF PEOPLE THATBWANT TO SEE YOU RIP FROM LIMB TO LIMB? WE CAN PAY OFF NATIONAL DEBT IF WE SELL TICKETS TO THIS ANIMALS EXECUTION.

How does she sleep at night?