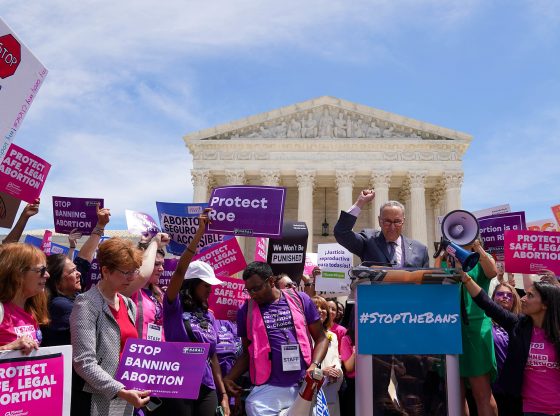 The pro-abortion group NARAL is shifting its focus to target conservatives as it prepares for the United States Supreme Court to inevitably overturn the pro-abortion Roe v. Wade ruling that legalized abortion-on-demand in America.

According to the Centre Daily Times, the group is targeting three conservative demographics: “For The Win,” “Kids First,” and “No Special Treatment.”

The Centre Daily Times writes, “Kids First, for instance, includes mostly parents and grandparents of different races keenly interested in their children, many of them religious. For The Win includes primarily entertainment-seeking younger adults who enjoy video game streams and stand-up comic videos. And the No Special Treatment community involves mostly middle-aged men who like to follow the rules.”

The group’s research director Dina Montemarano claims there is a “virality gap” between these groups, according to surveys done for NARAL.

So if the group decides to run an ad during an online clip of Rogan’s show — a possibility, NARAL officials say — the content would not look anything like a traditional political ad. More likely, they say, the ad will be delivered in an off-beat style from a comedian.

Officials point to posts from social media influencers, like one done last year from Georgia-based lifestyle blogger Christina Rodriguez, as the type of content they’ll embrace even more going forward.

“There is tremendous untapped potential to continue to grow our base of support for reproductive freedom, including from some surprising places,” Montemarano said. “Many people have nuanced and complex views on abortion, among a whole host of other issues, but there is a strong consensus that politicians have no place in personal decisions about pregnancy and parenthood.”

Group leaders say that rather than emphasize health care or other issues connected to abortion, they plan to emphasize a message of freedom from political interference, emphasizing that conservatives who oppose abortion rights want to control people.

These revelations from this pro-abortion group should put pro-life groups on notice that these anti-life organizations like NARAL will be using carefully crafted messaging to infiltrate conservative mindsets.

Satan is targeting all of God’s good and decent children, she knows that God will rebuke her and all her demons very soon and is trying to destroy as many of us as possible!