According to Life News, every single GOP member of the House of Representatives has now signed a petition for Nancy Pelosi to allow a vote on a pro-life bill to stop infanticide.

Congressman Jake Ellzey was just elected in a special election in Texas and the lawmaker added his name to the Born-Alive Abortion Survivors Protection Act discharge petition today. In so doing, he raised to 213 the number of House Members who have joined forces to attempt to bring this anti-infanticide measure to the House floor for a vote.

And his signature means every Republican, including the moderate Republicans who have irked conservatives on other issues, have signed. But Democrats are refusing to support a vote on a bill that would merely make sure babies who survive abortions received appropriate medical care and treatment.

As one pro-life advocate tells LifeNews, if just 5 brave Democrats would stand up and take on Pelosi, the petition would reach its goal of 218 signatures and the Born Alive bill would get a vote on the House floor.

“Pro-abortion Democrats led by Speaker Pelosi refuse to support these urgently-needed protections – and in the years they’ve spent blocking the bill, dozens of babies across the handful of states that report such data have been born alive, with little or no indication of whether they received care or were left to die,” Robertson said. ” If just five courageous Democrats would buck their party’s extremism and back a vote, it would be a significant step toward humanizing our laws and stopping infanticide in America.”

Every single American want to discuss Pelosicide. The extermination of evil.

The genocidal dems would not even dare to save even one child. 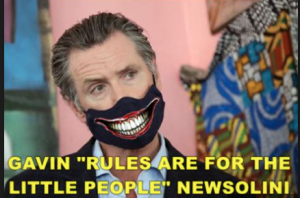