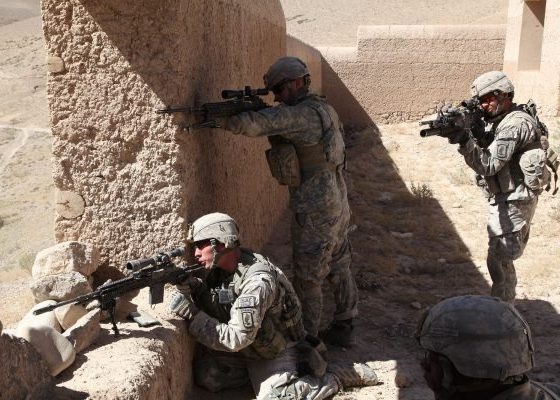 AAN contributed to this report:

JUST IN: According to a new report from the Wall Street Journal 4 US Marines have reportedly been killed and three more wounded in a massive suicide attack on the Kabul airport.

(Per The Wall Street Journal):

The U.S. ambassador in Kabul has told staff there that four U.S. Marines were killed in an explosion at the city’s airport and three wounded, a U.S. official with knowledge of the briefing said. Two explosions ripped through crowds of Afghans trying to enter the airport on Thursday.

At least three U.S. troops were injured, a U.S. official said. Witnesses reported multiple fatalities among the Afghans, many of whom were trying to enter the airport because they had assisted U.S.-led coalition efforts and feared persecution by the Taliban.

Western governments have  by Islamic State and urged their citizens not to approach the airport. After the blasts, the U.S. Embassy told all Americans to leave the entrances to the airport immediately.

The explosion at the Abbey Gate of the airport was the result of a complex attack, Pentagon press secretary John Kirby said. He said another blast occurred near the Baron hotel adjacent to the airport. A British security official said both attacks were carried out by suicide bombers.

The blast also has reportedly killed dozens of Afghan nationals and left over 100 wounded.

UPDATE 2:05 PM: According to Fox News the death toll for US personnel has now risen to 10:

My God. 10 Marines and Soldiers killed. No words

Once the death count was raised to 12 U.S. Military service members, Speaker Nancy Pelosi was

.@SpeakerPelosi spoke for 6 minutes and did NOT mention once the sacrifice 12 US service members made TODAY in service to OUR COUNTRY https://t.co/0lxXtTOKqp

Hmm , these guys are so willing to die , let’s help them along . Bomb them back beyond the stoneage !

BIDEN ADMINISTRATION AND ANY SUPPORTERS ARE GUILTY OF MURDER. WHEN WILL THESE TRAITORS BE THE ONES WHO WE BURY?

I pray for the poor Marines. If there is a bright side: at least one demented suicide bomber was blown to Hell to meet his master Satan. May all his paradise virgins be ravenous crocodiles.

The Americans left in Afghanistan are already dead. The men immediately, women and children will be used for sex toys until dead or wish they were. Just MOAB them until nothing is left, including military weapons left behind.