Harvard’s Chief Chaplain is an Atheist 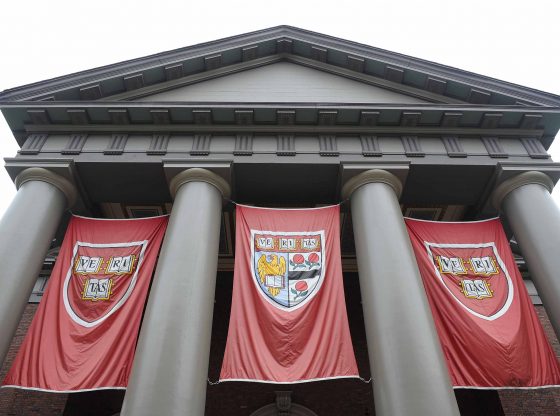 A New York Times report has now revealed that the chief chaplain at Harvard University is an atheist.

Author Greg Epstein, the 44-year-old writer of “Good Without God,” is the Ivy League university’s new chaplain and will “coordinate the activities of more than 40 university chaplains who lead the Christian, Jewish, Hindu, Buddhist, and other religious communities on campus.”

Epstein said of his appointment, “There is a rising group of people who no longer identify with any religious tradition but still experience a real need for conversation and support around what it means to be a good human and live an ethical life.”

Epstein, who was raised in a Jewish household, has been the university’s “humanist chaplain” since 2005 and previously educated students on how to center their relationships around themselves and one another rather than with God.

Epstein says that people ought not look to God for answers because “we are each other’s answers.” Students, according to the outlet, are mainly lauding Epstein’s appointment.

One student said, “Greg’s leadership isn’t about theology,” adding, “It’s about cooperation between people of different faiths and bringing together people who wouldn’t normally consider themselves religious.”

One of the worst sins of man is the sin of PRIDE .thinking you can live without our God. God have mercy on Harvard University.

It would be funny if it weren’t so sad and such a sign of the times. WTF are they thinking. If I were the leader of one of the legitimately religious campus groups I believe I would have to say something. Apparently, only crickets from those 40 other campus religious groups.

Welcome to the Great Apostasy… we have no real or great leaders now, especially in our president… They’re all just waiting for the Antichrist, and they don’t even realize it.

Harvard hasn’t been anything in years, all they’ve turned out are American hating socialist, and I wonder if this Epstein will meet the same demise as the other one that was involved in child prostitution with the Clintons.

“bringing together people who wouldn’t normally consider themselves religious.” Uh, yea, because they’re not.

This is one thing I hear again and again: the hoity-toity professors of theology are hardened atheists. Like this bloke Altizer of the late 1960’s with his ‘God is Dead’ theology. WHAT? Even if this is not what he meant, his title was every bit as unfortunate as that of Leonard Nimoy’s book ‘I am not Spock.’ But it echoes Scripture, in that the Church of Last Days will expound a revisionist theology that embraces every religion, even the false ones, and throws out the baby with the bath water.

How very sad that a university founded on Christianity would turn so horrifically. I know a lot of people who’ve declined pursuing the Ivy League for this very reason. I seriously call into question their assumption that they’re graduating the best and brightest. Most of their graduates are arrogant, self-entitled, and condescending.

And you pay how much to attend Harvard? That school shouldn’t get one dollar from taxpayers, they are a socialist anti-american, anti-christian group.

Actually he is a Luciferian, but what do you expect from a corrupt satanic Nazi democrat brainwashing unit!

Boy is he going to be surprised when he faces God…