According to a Life News report, Illinois Gov. J.B. Pritzker signed a pro-abortion sex education bill into law Friday, ignoring cries from both Democrats and Republicans about the explicit, “sexually charged” curriculum that will be pushed on children as young as kindergarten.

The new law, which goes into effect immediately, requires public schools that provide sex education to follow the National Sex Education Standards. Parents may opt out their children.

The National Sex Education Standards were developed by abortion advocacy groups, including Planned Parenthood, Sister Song and Advocates for Youth. These “standards” teach children that an abortion is just a “medicinal or surgical procedure that ends a pregnancy” and instruct them on how to find abortion facilities in their area.

Pritzker claimed the new law will “modernize” sex education in the state and “ensure important lessons like consent and internet safety are taught in classrooms.”

State Rep. Tony McCombie (R) said during debate on the bill in May the goal of sex ed “is to help young people grow into healthier sexual relationships and healthier adults.”

“[The bill] is not age appropriate, it is sexually charged,” he asserted.

Illinois Rep. Fred Crespo (D) expressed concern that no other state had signed onto the NSES standards.

“The thing that bothers me the most is that, I know it’s permissive, but we’re telling schools that if you don’t use these standards you cannot teach sex ed,” he added.

Get rid of this dude immediately. That is criminal.

This is a disgrace, let our children be children for Gods sake😡

All bets he has flown on the Lolita Express and now the age range is getting lowered.
The only way to protect the children is give the death penalty to rapist . 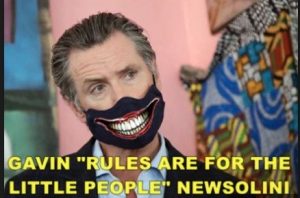 Satan is dancing in the street.

The good news is our Holy Father will destroy all these evil and wicked people very soon!
This includes the demonic democrats that call themselves followers of the only God and Christ Jesus! You can’t serve Satan with your vote and expect charity from the Lord for murdering all his children!

So apparently he approves of incest and the sex slave trade? That’s the only reason a twelve-year-old would be getting an abortion. All these baby killers that love abortion would not have loved it, if it was their mother that wanted to abort them.

This moron is a poster boy for retroactive abortion.

his reasoning is criminal