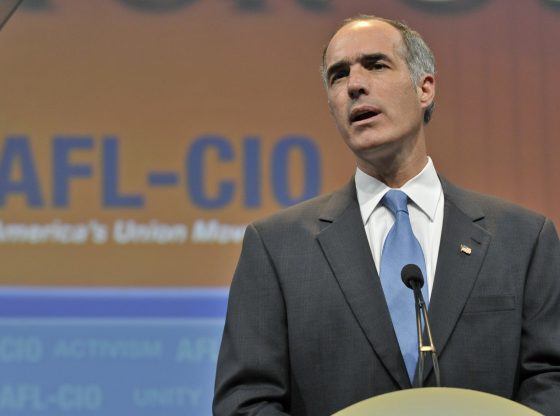 Pennsylvania’s Democrat Sen. Bob Casey keeps claiming he is pro-life but continues to vote for abortion.

Recently, the Pennsylvania Democrat voted against the Lankford Amendment, which would have upheld the time-tested Hyde Amendment, which bans taxpayer funding of abortion except in rare circumstances. The Lankford Amendment would have also provided needed conscience protections to ensure that health care workers are not forced to perform abortions in violation of their deeply-held beliefs.

It was crystal-clear that the only legitimate pro-life vote on the Lankford Amendment was a “Yes” vote. Casey voted the wrong way. Casey’s disastrous decision attracted the enthusiastic support of the abortion lobbying group NARAL, which sent out a text urging people to thank Casey for his vote.

In a bizarre twist, Casey’s correspondence to constituents continues to lead people to believe that he will work to prevent tax funding of abortion. “Because I am pro-life, I believe we must continue the status quo of the Hyde Amendment, which prohibits the use of federal funds to pay for abortion,” reads a recent email to one of Casey’s constituents. It is not enough for a politician to claim that he or she is pro-life. Such proclamations are worthless if they are not backed up with solid pro-life votes.

All corrupt satanic Nazi democrats claim they are God’s children, but they are actually gods children, Ba’al’s children, Satan’s children, so that they can take and keep power! Just like Jorge Mario Bergoglio and his band of Luciferian demonics that have taken over our church, Christ Jesus church.
The Holy Father is fed up with this crap, he is extremely angry and his wrath will be poured out on these demons very soon!

Thats how he gets elected and the morons who vote for him believe him.
Cant fix stupid

This type of hypocrisy MUST END IN GRAVE YARD.

Great example of being a hypocrite and liar.

Just another wolf in sheep’s clothing.Democrats vote party no matter what they tell you they are going to do they vote party and this party is a party of death.

Actions speak louder than mere words. This leftist Democommie must be voted out.

Joe Biden claims to be President of the U.S. but his actions make me wonder if his real sympathies don’ lie with the Taliban.