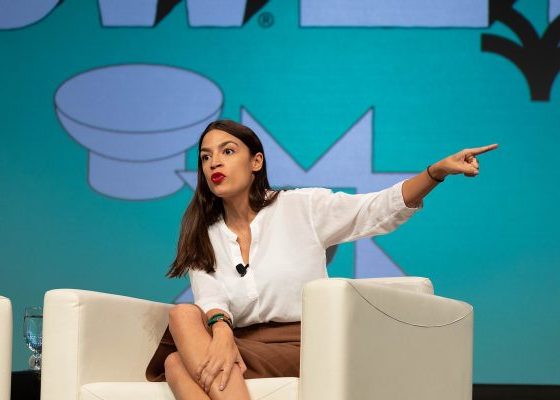 Rep. Alexandria Ocasio-Cortez (D-NY) had some thoughts on the Texas “heartbeat” law, which effectively bans abortions after a fetal heartbeat is detected can be detected. She claimed it was “rape culture” and an attack on “menstruating people” — a “woke” term for biological women.

Appearing on Anderson Cooper’s CNN’s program Tuesday night, Ocasio-Cortez first suggested that Texas Governor Greg Abbott was “deeply ignorant” of female anatomy and reproductive processes and that the law was emblematic of “rape culture” — a theory that men have a need to control women and express that through actions and laws affecting women’s reproductive choices.

Ocasio-Cortez, though, despite her apparent belief that Abbott’s law harmed women could not bring herself to use the term “women,” instead, dancing around the “transphobic” concept of immutable biological sex by using the term “menstruating persons.”

“I don’t know if he is familiar with a menstruating person’s body. In fact, I do know that he’s not familiar with a female or menstruating person’s body because if he did, he would know that you don’t have six weeks,” she said, referring to the idea that a pregnancy is dated from the beginning of a woman’s last menstrual cycle, making “six weeks” of pregnancy — generally when cardiac activity is able to be detected in a developing unborn child — really that child’s fourth week of life, and two weeks after a woman’s missed period.

Faced with trying to make the point that women would be notably affected by the “heartbeat law” but unable to use the term “woman,” Ocasio-Cortez plunged ahead.

AOC added, “I’m sorry we have to break down Biology 101 on national television, but in case no one has informed him before in his life, six weeks pregnant means two weeks late for your period,’” claiming “And two weeks late on your period for any person — any person with a menstrual cycle — can happen if you’re stressed, if your diet changes, or for really no reason at all. So you don’t have six weeks.”

She is a useless waste of life. She like to kill babies. Whores do. Texas is none of her business. The rats roaming NYC streets have more integrity, brains and class.

If she had a functioning brain, she might have a better grasp of biology. She does not think, she emotes.

Of course she emotes. That is the prime hallmark of a liberal: they think with their hearts, not with their brains. Their brains atrophy in a flood of bitterness and negative emotions. And they divide people into groups, denying the significance of the individual. They devalue human life. Hence the unreasoned feticide and infanticide. She is also the only Bolshevik I’ve seen to wear red lipstick.

Since they believe and fight for abortion at any term, WHY NOT ABORT THEM NOW? Once we see what a pos they are, we vote to abort.