AOC Raises $300K to Kill Babies in the Womb

Home /National/AOC Raises $300K to Kill Babies in the Womb 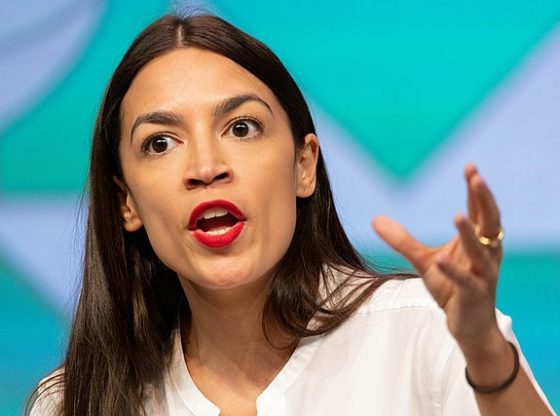 Incensed by the new Texas heartbeat law, Ocasio-Cortez set up a pro-abortion campaign through social media and email to raise money for abortion groups in Texas, The Hill reports.

On Friday, she said about 4,000 people donated more than $300,000 to her fundraiser for the Texas Equal Access Fund, Whole Woman’s Health Alliance and Fund Texas Choice. The Democrat congresswoman said the organizations provide “much needed resources to folks seeking abortion care in Texas.”

The Texas law went into effect last week, banning abortions on unborn babies once their heartbeat is detectable, about six weeks of pregnancy. The law potentially could save tens of thousands of babies from abortion every year and countless mothers from the pain and regret of abortion.

Earlier, Ocasio-Cortez slammed the U.S. Supreme Court for rejecting pro-abortion group’s request to temporarily block the law. She said the justices’ decision “imperils every menstruating person in the US, every person who engages in sex, and every person who values our constitutional right to privacy,” according to the report.

The New York Democrat is just the latest far-left anti-life extremist to raise funds to kill more babies in the womb.

AOC “Always Offensive to Christ” has set her soul on a path of damnation and I am really afraid there will be no redemption for her!
Our time is at hand, the reckoning has begun and there is no stopping it!
Stay strong in your faith to the Holy Father, Christ Jesus and the Holy Spirit , you will need it now more than ever!

ask AOC; How many Muslin babies in the womb she plans on killing.