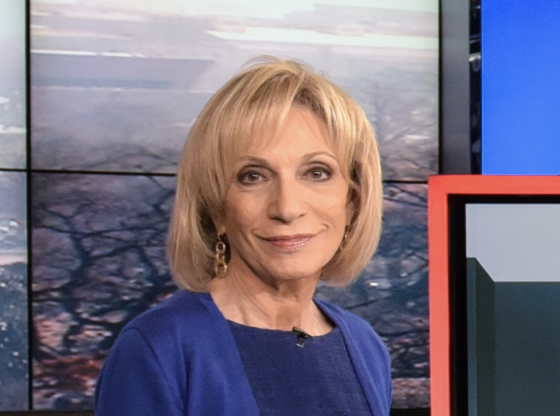 On her Friday show on MSNBC, host Andrea Mitchell interviewed Rep. Jackie Speier (D-CA) to discuss the House passing a bill that would prohibit any restrictions on abortion. Mitchell claimed that pro-lifers, especially men, just don’t get it when it comes to abortion.

Mitchell said, “what you’re now facing is a Mississippi argument that’s been scheduled in the Supreme Court which is a 15 week, not the 6 weeks, but 15 weeks, and what had originally been thought by supporters of the right to choose as a very restrictive law before, of course, we saw the Texas law.”

The journalist then condemned pro-lifers for not understanding what goes into the decision to get an abortion, ‘So, the handwriting many feel for those who want the right to at least have an abortion, we know how, how difficult it is for women and it’s poorly understood by a lot of people.”

She then specifically targeted men, “We recently saw something in the press room when Jen Psaki was asked about it by a male reporter and said very tartly ‘I know you’ve never had this experience but no woman who is going through this does it lightly.’ But you’re really facing a critical year in the Supreme Court.”

Mitchell is referring to Owen Jensen, who is a reporter for the Catholic news agency EWTN, who asked Psaki why President Biden supports abortion, even though Catholicism says it is morally wrong. Mitchell ignored this context, perhaps because it showed Psaki dodged the question.

Speier said, “I will tell you that 25 percent of the women in this country have had an abortion. It is a medical process. It’s a medical procedure. The American Medical Association says it is part of providing health to women. And I think that we’re going to see an uprising like we’ve never seen before if we do not codify this law that has been passed in the House now. And we’re going to call upon our Senate colleagues to do that.”

The AMA also thinks putting biological sex on birth certificates is bigoted because sex is merely something someone is “assigned.” As for survey data, the language of the bill would suggest that it seeks to make abortions legal at all times, even nine months into the pregnancy, something 80% of Americans oppose, but Mitchell and her fellow journalists won’t mention that the next time they try to portray abortion as universally popular.

They promote infatice, Hitler and Mao would be proud….

You see we turn the other cheek and believe that those that welcome little ones and respect them are doing so for God. Fire away MSNBC we can take it.

How do they avoid being assaulted and bludgeoned on street? The life of a one celled life form has infinitely more value than any of them!

If you can’t respect life in the womb then you will not respect any life! And the Left proves that every day when they show no respect for anybody’s rights, freedoms, this country or its citizens!

The AMA is finished…

…they now support the Hypocritic Oath

this is a sick person and should be removed

I would like to know why there are so many unwanted pregnancies to begin with, as much protection to keep from getting pregnant there is no excuse for it!

This the the children of Satan, the corrupt satanic Nazi democrats blaspheming God’s children! I really feel sorry for them as they will receive the Holy Father’s justice ten fold!