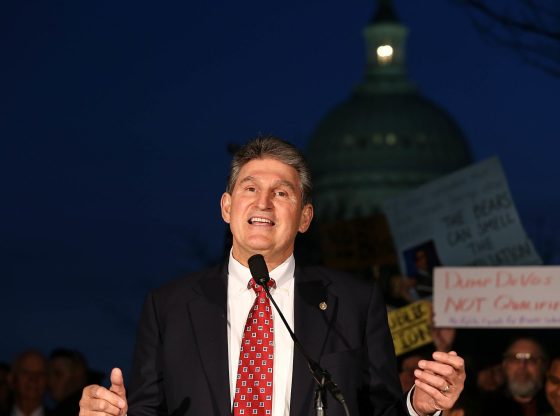 Democrat Sen. Joe Manchin of West Virginia has said that he will not vote for the Democrats’ reconciliation bill if it does not include the pro-life Hyde Amendment, which protects from Americans’ tax dollars going to abortion.

Here is Manchin’s conversation with the National Review, according to Life News:

National Review: Senator, you’ve been very firm on keeping the Hyde amendment on the appropriations bills. Are you concerned about that issue at all in reconciliation—

NR: —with this new Medicaid program?

Manchin: Yeah, we’re not taking the Hyde amendment off. Hyde’s going to be on.

Life News notes that “Manchin an[d] pro-life Republicans can kill Democrat efforts to fund abortions as long as they stick together in the Senate and filibuster the measure.”

This man can’t be trusted, he is just as corrupt as his fellow corrupt satanic Nazi democrats!

So does that mean he will vote for the $3.5-5.0 trillion bill as long as the Hyde amendment is still in there??? I mean if that’s all the Dems have to give up to get this devastatingly bad legislation through then they would do that in a second! I swear there is not one good person in Congress!

DEMON-crat PARTY NEEDS TO BE DESTROYED PERMANENTLY.
WHY DO THEY WANT TO DESTROY ALL THAT IS GOOD & RIGHT?? They have sold their souls to the devil. Dems WANT MONEY & POWER OVER “YOU”. This EVIL COMES FROM SOROS, OBAMAS & CLINTONS.