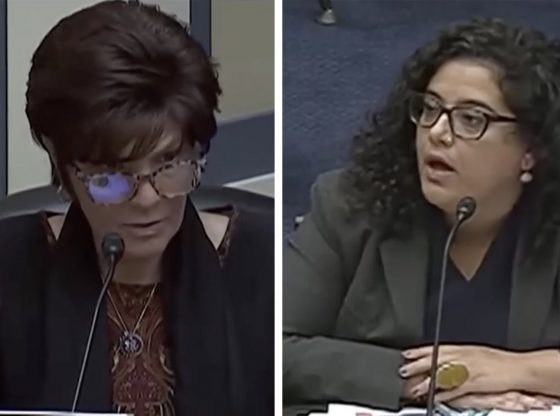 On Thursday, during a House Rules and Oversight Committee hearing, pro-life Rep. Yvette Herrell (R-NM) took an abortionist to task regarding late-term abortion.

Regarding what procedures are specifically used in late-term abortions, Moayedi said she uses “the same techniques” as an earlier stage abortion but she uses “additional instruments,” such as forceps to break the limbs off of the older unborn baby.

Rep. Herrell then asked what specifically is the difference between an earlier stage abortion and one after 15 weeks gestation.

“We use a combination of gently dilating the cervix using medications and dilators and then removing the pregnancy using suction and instruments,” Moayedi answered.

“So these are more along the line of a dismemberment abortion,” said Rep. Herrell.

Moayedi claimed a “dismemberment abortion” is “not a medical term.”

Herrell shot back, “But it is used…. The procedure.”

“The procedure is called a dilation and evacuation,” said Moayedi.

Herrell said, “So it is equal to dismemberment.”

Now you tell me these abortionist murderers aren’t the most evil demons on planet earth!

It is significant that the doctor is a Muslim.

What disgusting people who take a living breathing human apart. They put people in jail for doing that to animals while alive.

This, and all, abortionists should go to prison for first degree murder.

This is another powerful motivator to remove your children from government schools and demand a return of your school tax. Several states already offer vouchers that are used to pay tuition at other accredited schools.

Free enterprise education eliminates the ability to trample one civil right by supporting an opposing civil right. It also precludes indoctrination to unwelcome political agendas. School choice is defined neither by teacher nor the union.

We need a robust free market able to deliver general subjects as well as specialties including athletics and arts. It’s a bad idea for any government to educate its children but government schools should be allowed to compete.

Abortionists’ rule of thumb: Always use euphemism. Must not force people to face the reality of the situation. The harsh fact is that she kills for money, and in a brutal manner.