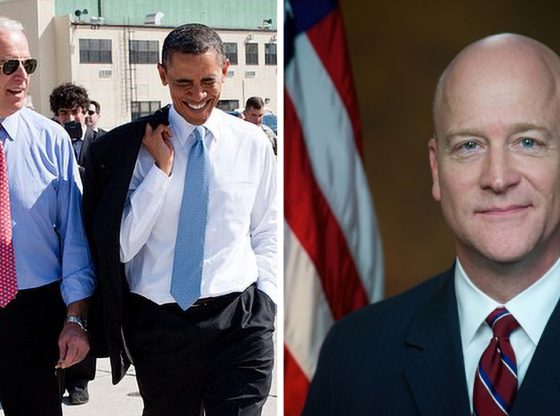 Late on Wednesday, it was reported that a federal judge issued a temporary restraining order on Texas’ pro-life fetal heartbeat law, which protects children in the womb after a heartbeat can be detected.

“A person’s right under the Constitution to choose to obtain an abortion prior to fetal viability is well established. Fully aware that depriving its citizens of this right by direct state action would be flagrantly unconstitutional, the State contrived an unprecedented and transparent statutory scheme to do just that,” U.S. District Judge Robert [Pitman], of the Western District of Texas, Austin Division, wrote in a 113-page ruling.

The Texas law, signed by Republican Gov. Greg Abbott in May, prohibits abortions once medical professionals can detect cardiac activity, usually around six weeks and before many women know they’re pregnant. Rather than having the state enforce the ban, the law creates a private right of action against individuals who commit or aid and abet an abortion that violates the law – but not against the woman who undergoes the procedure.

The Fifth Circuit Court of Appeals had rejected requests for a stay when abortion providers sought to prevent the law from going into effect until the resolution of a court dispute. The plaintiffs appealed to the Supreme Court, but the Supreme Court allowed the law to go into effect. The Department of Justice under… Biden then filed a motion to block the law, and [Pitman] ruled on that motion.

Judge [Pitman] ruled that Texas had “deliberately circumvented the traditional process” under the Constitution and had “drafted the law with the intent to preclude review by federal courts that have the obligation to safeguard the very rights the statute likely violates.”

Pittman claimed, “From the moment S.B. 8 went into effect, women have been unlawfully prevented from exercising control over their lives in ways that are protected by the Constitution.” He cited the allegation that abortionists in Texas ceased abortions in fear of lawsuits. “That other courts may find a way to avoid this conclusion is theirs to decide; this Court will not sanction one more day of this offensive deprivation of such an important right.”

Pittman was appointed to the United States District Court for the Western District of Texas by former President Barack H. Obama in 2014.

Pay your taxes joe, Are you and Hunter reporting your income from China??? Russia and any body else you took money from??? TOLD THE IRS WE DON’T PAY ANY STINKIN TAXES HUNTER AND I ARE EXCEMPT. Just days after President Joe Biden claimed rich people were cheating on their taxes and he needed crippling new tax hikes to catch them, a report reveals Biden may have evaded a half-million dollars in taxes. A Congressional Research Service report, which does not mention Biden by name, reveals he and wife Jill Biden used a “S corporation” to avoid paying nearly $500,000 in self-employment taxes made of the $13 million they made in 2017 and 2018 from speeches and book sales.Despite making $13 million, by claiming they were a “S corporation” only $800,000 of it was reported as income subject to taxation for Medicare and other employment taxes.The revelation comes as Democrats propose spending $80 billion to deputize 87,000 new IRS agents to spy on every financial transaction in the US of more than $600, supposedly to close a “tax gap” caused by wealthy people hiding funds. “Joe Biden wants to raise taxes by $2.1 trillion while claiming the rich need to pay their ‘fair share.’ But in 2017, multimillionaire Joe Biden skirted his payroll taxes — the very taxes that fund Medicare and ObamaCare,” Rep. Jim Banks, (R-IN,) tells The New York Post.“According to the criteria CRS provided to my office, he owes the IRS and the American people hundreds of thousands of dollars in back taxes,” said Banks. “Every American should know about Joe Biden’s tax hypocrisy. The opinions expressed by columnists are their own and do not necessarily represent the views of AmericanActionNews.com

We have a part time president with a part time brain, this is what happens when election fraud is allowed, you end up with a bunch of nut cases who think they can take over the United States of America without a fight. joe bisen acts like he is a dictator, when really he is just a dick, How much more is required for this person to be treated like the traitor he is and his family are, be should be inpeachesd for a whole list of Anti American decisions along with his complete totaldisregard for his oath of office. along with his crew of misfits hiding behind the drapes at the white house.We are not socialist, communist, but free Americans.
look no further then the Arizona election investagation results to see what happened with corruption and fraud. Now China id knocking on our door steps and we have joe biden and family who has sold theie souls for profits and line their pockets with money from all countries adverse to our American ideals. It is a conflict of interest, and receiving large amounts of money from Connunist China Russia and know one is allowed to question the motives for takeing those large amounts of money for doing what? Should the bidens loyalty be questioned? Arizona election results below.
284,412 ballot images were “corrupt or missing”
255,326 early votes don’t have a record in the county
173,104 votes were lost
96,389 ghost votes
23,344 mail-in ballots from people who no longer lived at their recorded address
17,322 duplicate ballots were discovered
9,041 mail-in voters returned more than one ballot
2,382 Arizonans voted in person who did not live in Maricopa County anymore
2,081 people who voted were no longer residents of the state
277 precincts had more ballots cast than residents

WHERE in the Constitution does it say that a woman has the right to terminate the life of their child ???

I can NOT seem to find it…

All these leftist liberal socialist communists including this judge are on their own created path to Hell!

AMEN to that, sister!! These bastards are going to hell, and will burn in the Lake Of Fire for eternity! I can’t wait to see the smoke rise!

Only evil monsters believe in the “right” to murder the most innocent of all human beings. Exactly where in the U.S. Constitution does it guarantee anyone the right to murder an unborn child? I will wait . . .

It is inconceivable the number of people so vehemently pushing for the slaughter of the most precious, defenseless and tiniest human lives.
These abortion advocates are carrying on like a pack of wild animals at the chance to kids these babies. To them, “you are a social scourge”.
We as s human race should be completely appalled at this practice.
So women want the right to do what ever they want to there body. I say fine, die your hair, trim your nails, puke to lose weight, cut off your hand, poke your eyes out. But you have no right to destroy the life of another human being.

I was wondering the same thing. You don’t need to be a Constitutional scholar to know that there is NOTHING to give women a right to murder their babies in the womb, or after delivery. They are given rights to health care, the pill, have your tubes tied or just wait fir marriage. Why are these women so eager to murder their babies?

It is a shame that in the USA we have government officials protecting the right for someone to kill a baby. Disgusting.

Do what Biden does and ignore the court. How does a lower court over ride the supreme court?

Where in the constitution does it give a right to murder the unborn?

EVIL LYING DEMON-crats are NOT YOUR FRIENDS! They are blatantly DESTROYING YOUR RIGHTS & FREEDOMS. DEMS are MURDERING YOUR CHILDREN. The same children GOD LOVES & CHERISHES. DEMS HAVE CHEATED YOU OUT OF A REAL PRESIDENT & gave you a FAKE pres. DEMS DO NOT FOLLOW OUR LAWS – THEY BREAK THEM. BEFORE OUR EYES THEY ARE STEALING & DESTROYING AMERICA.

WHEN IS ENOUGH – ENOUGH!
GOD GAVE US A BRAIN, A BACKBONE & FREE WILL – WHY NOT USE THEM??
STAND – FIGHT – TAKE BACK AMERICA!

So if this ruling stands then how can the federal government, state government, local government, or an employer mandate that I must wear a mask anywhere and mandate that I be vaccinated. This ruling stipulates that a woman has absolute right over her body even at the physical harm of another human being namely her baby. If this is the case then I have absolute power over my body too and I choose not to wear a mask or be injected with a toxic poison vaccine.

We should be able to recognize the pattern by now. The evil globalists have been forwarding their depopulation agenda for decades using different policies and methods in varying countries: wars, military conflicts, disease (HIV, influenza, COVID-19, etc), abortion, forced sterilization, controlled birth rates, genocide, starvation through the control of resources. They want to depopulate to their predetermined level, control the remaining population, and own everything; this is the “Great Reset”.

Judge Pittman, I demand to see your evidence that the “Right to have an Abortion” is in the Constitution. Don’t try to tweak another “right” to make it fit your narrative. If you can’t cite a specific part of the Constitution that explicitly states that there is a “CONSTITUTIONAL RIGHT” for abortion, then your ruling is void and you should be disbarred and removed.

Pittman, nominated by an illegal president who was born in Kenya, is not a properly appointed judge, similar to that crazy Sotomayor and Kagen of the Supreme court.

Take him out to the hangman.

Der Preisrichter Pittman didn’t crush anything! Texas law stands and will soon be the law of the land!

Years later and Obama is still screwing the country.