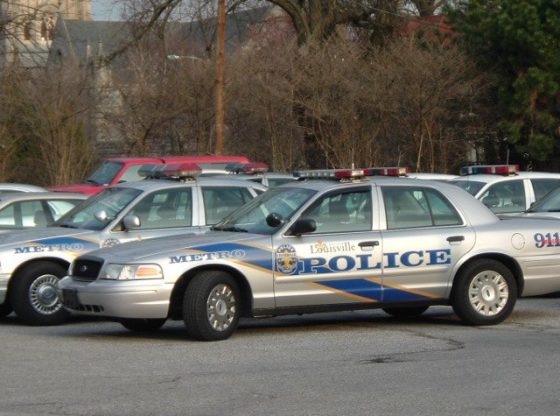 A new report shows that a Louisville, Kentucky, police officer Matthew Schrenger is suing the town’s mayor, police chief, and police department for persecuting him over his off-duty prayer at an abortion facility. He contends the action violated his constitutional and civil rights.

“A quiet, off-duty prayer, on a public sidewalk, resulted in Officer Matt Schrenger being immediately suspended for over four months, stripped of his police powers, and placed under investigation,” explained Thomas More Society Senior Counsel Matt Heffron. “No one should be treated the way the Louisville police chief and city government treated one of their finest, but it’s particularly awful because they punished him for praying, of all things…and while off duty, no less.”

Early on a Saturday morning, February 20, 2021, at approximately 6 a.m., well before sunrise, Officer Schrenger of the Louisville Metro Police Department joined his father for private prayer on a public sidewalk.  Schrenger was not on duty at the time of the prayer. The sidewalk was located outside of an abortion facility, the EMW Women’s Surgical Center.

Schrenger was wrongly accused of violating Louisville Metro Police Department Standard Operating Procedures and Kentucky law.  By way of a letter dated June 15, 2021, LMPD Chief Shields admitted that none of the allegations against Officer Schrenger could be sustained. Even after that letter, Schenger’s police powers inexplicably were not restored until June 29, 2021.  Even though the facts of the incident were not in dispute, it took the police department more than four months, plus a week, to make its decision after the off-duty prayer incident.

“It is astounding to those of us defending him – shocking actually — that the police department would treat a loyal, hard-working officer this way,” said Heffron.

Heffron added, “It’s particularly interesting that while Officer Schrenger did not engage in any political protest on duty and did not display his uniform, he was treated very differently than other similarly situated Louisville Metro Police Department officers who had undeniably engaged in true political protest and activism.”

The Nazi-like left want to throw away our constitution and all of our constitutional rights, they want us all helpless and under bondage to them. Dictatorships o not believe in human rights, only complete and total control. Evil has found a new home in America.

Well, I guess this police officer really won’t need to be one, anymore and can pray at his leisure. I mean, with all the money he will receive in the law suit. This baby be an open and shut case. What were his superiors thinking? This is a slam dunk and they all know it. His lawyer is gonna ma a ton of money. I mean, blatantly, violating his 1st Amendment rights? This is a no brainer. The brass is toast. My 6 yr old granddaughter could win this case.

DON’T be so Sure of ANYthing in this growing Sicker by the minute country! The Persecution of Christianity and Christians ALIVE AND WELL right here in the US of A!!! Woooooow!
LOOK OUT, people.

Oh, but he (who fired him) will be run out of this planet!

Bless this officer and his father prayers. If these officials don’t believe that prayer is powerful, then why worry? Then on the other hand, maybe their own beliefs are in prayers to that Baal character and that’s worship to a false god. Confusing to me, only one God, one Savior, Jesus Christ, and one Holy Spirit and all of theTrinity hate abortion.
Abortion is murder, prove me wrong.

satan is ruling this world! his days are numbered, and he knows it. This is why the world is growing more evil each day! But the best thing is…JESUS IS COMING TO RID OF ALL EVIL, DESTROY satan AND OBLITERATE his CRONIES! GET READY YOU DEMONICrats! You hate God, and you will pay! Hang on to your ‘ depends’ joe, it’s awfully hot where you, and EVERYONE surrounding you, are going, AND I LOVE IT!

If you don’t grapple to the left you are punished. This country has become a real hell hole of socialism.

Prayer is powerful. That is why it is being attacked on all fronts of the left.
It is time for all believers to return to church, synagogue, mosque and meeting house. Don’t just talk…, walk. And pray.