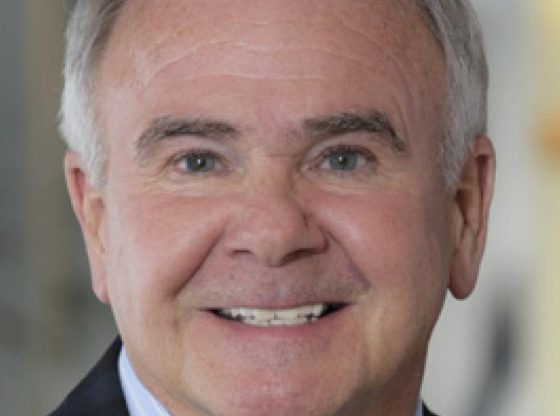 The pro-abortion American Medical Association (AMA) is being led by abortion supporters who believe killing a baby in the womb is “important health care.”

On Wednesday, Dr. Gerald E. Harmon, president of the AMA, wrote a column on the association website criticizing a Mississippi law that prohibits abortions after 15 weeks of pregnancy.

Most countries in the world prohibit abortions after 15 weeks, if not sooner, but Harmon slammed the Mississippi law as dangerous and “unacceptable.”

“In the U.S., abortion is a safe and common medical procedure that remains an important component of reproductive health care, which in turn is essential to overall health and well-being,” he wrote. “Our AMA will always fight government intrusion that compromises access to safe, evidence-based clinical care, including access to abortion services.”

The AMA recently filed an amicus brief urging the U.S. Supreme Court to block the law. The court is scheduled to hear the case, Dobbs v. Jackson Women’s Health, on Dec. 1.

Harmon claimed the pro-life law – which a strong majority of Americans support, according to a recent AP poll – goes against the doctor-patient relationship and “violates medical ethics.”

Make it so this animal needs health care, BUT DIES INSTEAD. DRAIN SWAMP. EXTERMINATE ALL THE LOW LIFE ANIMALS LIKE THIS.

Hmmmm so “my body my choice” only applies when these demo scum want to kill babies. God will take care of them on judgement day if they don’t change from their evil ways, you can take that to the bank

Animals have better sense than this schmuck!

This guy is nuts. Of course, there are legitimate cases for some abortions such as some may cause the death of the mother and the pregnancy may be a result of rape. But everything else is “Hey, I had unprotected sex, don’t really like the guy anyway, just don’t want the baby” so rip that “thing” out of me so I can go on and continue to have fun and not have any responsibility in my life. Sorry, but that is the way I see it. Horrible. I tell everyone I know, if you are pro-abortion, scratch me off your “friend” list. I want no part of anyone who can justify ending the lives of millions of babies.

Convenience should never be the reason for ANY medical treatment.

What happened to the morning after pill or some kind of protection when having sex so that a life doesn’t have to be sacrificed? Whatever happened to trying to be a responsible person?

Maybe his mother should have aborted him.
Where would that have gotten him. LOL

From what I understand, abortions performed as health care for the mother do happen but are extremely rare. The vast majority are performed for convenience, not for health reasons in fact they are dangerous to the health of the mother.

with an EVIL face like that, he should have been aborted! LORD, PLEASE, DESTROY THE BABY KILLERS!

Healthcare for whom? Certainly not unborn children! And you call yourself a DOCTOR?

I always ask the pro abortion people two things, do you like living, and what would you think of your parents if they had chosen to abort you? Amazing I only get silence.

Abortion is not safe. If the procedure is “effective”, one person dies. Even worse, both mother and baby can perish. The best outcome is an “unsuccessful” procedure, where the mother and baby both survive. “Abortion” and “Adoption” are similar words, but wreak totally opposite results. AMA is a fraud. It ignores the Hippocratic Oath, and is beholden to Big Pharma. The consideration of your health is way down their list of priorities

I don’t believe in abortion but there are exceptions. One is that Dr Harmon, AMA President should have been aborted way back then!

No; there are NO exceptions. Willful murder is NOT in that category.

Is it still to late for him?

Harman and his co-abortionists in the medical profession are the people that are in ‘violation of medical ethics’. A medical doctor’s primary role is the protection of all human life, both born and unborn. Lets hope the Supreme Court will ignore the opinion of these murderers and uphold the Mississippi law.

Plain evil. Dr advocating for the murder of an innocent child. Horrendous

Abortion is not safe….for the baby.

May Dr. Harmon suddenly be stricken with a painful, long, incurable disease. Condoning baby killing is a direct violation of sworn Hippocratic oath!

“In the U.S., abortion is a safe and common medical procedure”

But in the beginning it was Supposed to be Safe and RARE….. NOT “common”

Why are these Democrats fighting so hard to kill people?
It’s evil and satanic. Pregnancy isn’t a disease and it doesn’t just “happen”

The AMA is now a complete & utter joke!

Is it a crime to impersonate a physician?

This man is so evil it takes my breath away.