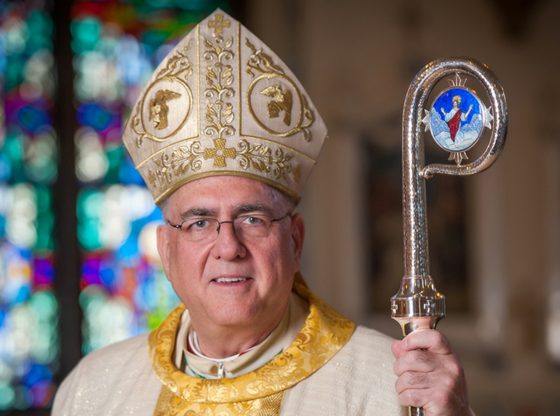 The archbishop reacted to the administration’s reversal of the “Protect Life Rule,” which barred tax dollars from Title X recipients that provide or promote abortion and required Title X clinics to be physically separate from abortion clinics. A federal program, Title X subsidizes family planning services, including contraceptives, for low-income communities.

“He likes to call himself a devout Catholic. I would urge him to begin to act like one, especially on the life issues,” Archbishop Joseph Naumann said. “And to let his faith really inform his conscience and the decisions that he’s making, not the platform of his party.”

The Archbishop said that the Biden administration is “looking for every opportunity to expand abortion,” and this latest reversal is “just one more casualty along that train.”

Dementia Joe doesn’t care what Bishops, or anyone else, thinks. It’s the leftist agenda, full speed ahead!

there are plenty of reasons that Joe Biden can look forward to eternal damnation..and abortion is just one thing on the list.

Buyden and all the corrupt satanic Nazi democrats are true evil and wicked demons!

FJB !!!! He’ll go down as the worst and most hated president…..neck and neck with FDR…even Obama wasn’t this bad ! Carter was a bumbling idiot and Biden is one too and an A-hole as well catering to the far-leftists goons…..he simply does their bidding ! The ultimate puppet !

I consider LBJ the worst, but Biden has overtaken him in 10 months.

Let’s face it. It appears our president has pledged his faith to a different god.

‘joes’ conscience?’ The EVIL LYING DEMONICrat doesn’t have one! He sold it to satan for MONEY, POWER and CONTROL!