Alumni Furious After a Catholic University Does the Unthinkable

Home /National/Alumni Furious After a Catholic University Does the Unthinkable 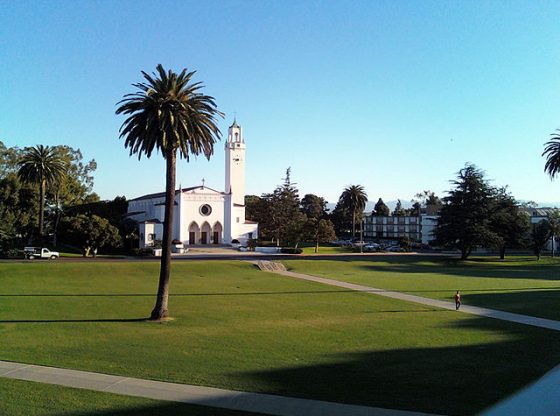 I took this photograph on a nice day at LMU. - Mishigaki via Wikimedia Commons.
| Prolife Update Staff | National | 9

Alumni of Loyola Marymount University in California are urging the school to cancel a fundraiser that it is hosting for the billion-dollar abortion chain Planned Parenthood later this week.

Alumnae Samantha (Stribling) Stephenson said the event at Loyola Marymount University would be “an egregious violation of LMU’s Jesuit, Catholic identity.” She recently began a petition at Renew LMU urging university leaders to call off the fundraiser.

“Founded by the eugenicist and virulent anti-Black racist Margaret Sanger, Planned Parenthood is the largest abortion provider in the United States and has been caught red-handed in the illegal sale of fetal tissues and has been complicit in sex trafficking,” Stephenson said.

She quoted Pope Francis who has compared aborting an unborn baby to hiring a hitman to commit murder.

“Selecting Planned Parenthood as a recipient for fundraising on a Catholic campus is decidedly divisive,” Stephenson said. “A fundraiser in support of an organization that affirms rather than undermines the dignity of women would be an opportunity to build bridges, bringing together people from all sides of the table in support of women’s advancement.”

The proponents of ABORTION, love to turn the discussion to “A WOMAN’S RIGHT TO CHOOSE”…….equating it with what color pantyhose should I wear today to work?……when challenged this isn’t simply about choice, they then bring out “it’s a HEALTH ISSUE, and no one should be able to interfere with a woman’s health…….obviously it is NOT a health issue for the unborn child……but why stop there?.If you buy the position that a Woman’s health is paramount, and then there are many many cases of post Partum depression in women after child birth, and Depression is a very serious health issue……why be forced to keep the child after birth…what’s the difference. between an unborn child and one that is 3 days old?….neither are able to really function, in most cases the mother is still feeding it albeit externally rather than internally,…..so if after birth a “MOTHER” changes her mind, why should she be stuck with the kid for the next, 18 or so years…shouldn’t she be allowed to terminate it after birth?…….maybe if the kid makes it to say, 3 months , then all bets are off and she’s stuck with it…but keeping the idea that it’s a Health issue and a woman HAS THE RIGHT TO CHOOSE….why not?…Oh yeah, it’s against the law to kill them after they are born…but these same pro abortion groups should start a campaign to law makers to change the law…..that’d make Democrats very happy as it’s just a further extension of a woman’s right to choose.

A woman can choose to have her baby given up to a family who can’t have a child of their own. Adoption is always an option.

Ms. Samantha Stephenson- Excellent analogy noting that the Mafia also makes olive oil. I hope to use that in the future. With all due respect ; I was raised Catholic, but have escaped the hypocrisy, and now am “just a Christian”. I respectfully suggest that you also consider that option.

I am a non-Catholic Christian. I still don’t believe that murder is acceptable.

Alumni STOP ALL DONATIONS. CANCEL ANY GRANTS OR GIFTS. PULL YOUR CHILDREN OUT. BRING THESE BABY KILLING LEFTISTS TO THEIR KNEES. COMPLETELY ELIMINATE CURRENT BOARD OF GOVERNORS.

Show your displeasure by ENDING DONATIONS. IF YOUVE LEFT MONEY IN WILL TO,THIS SATAN WORSHIPPING RAT HOLE, REVISE WILL. DO NOT SEND YOUR CHILD HERE. THEY PROMOTE BABY MURDER.

I always thought that God rued the day he let the Jesuits loose on the world. Notre Dame invited the most pro-abortion politician to give a commencement speech, Georgetown allowed that same politician to cover the initials on their podium which designated Christ’s name, at the request of Obama, instead of suggesting he move so they wouldn’t be in the viewing area. All are Jesuit schools, all seem to be pro abortion, or just pro-democratic party.
l