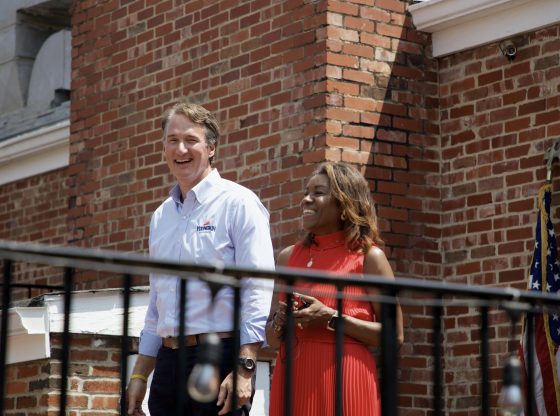 On Tuesday, the voters of Virginia sent a referendum on the far-left, anti-life, anti-family agenda by electing pro-lifers Glenn Youngkin as governor and Winsome Sears as lieutenant governor in a victory that is sending shockwaves across the nation.

“I say to you, there are some who want to divide us and we must not let that happen,” she proclaimed. “They would like us to believe we are back in 1963, when my father came. We can live wherever we want, we can eat where we want, we own the water fountains. We have had a black president elected not once but twice and here I am living proof. In case you haven’t noticed, I am black and I have been black all my life.”

“God bless you. And finally, want to thank my staff because I couldn’t have done it without them. We were a ragtag bunch of people. We ran an impossible, improbable, campaign against, God was exactly with us, otherwise, we would never have made it and so I want to finish up by thanking you, Jesus. How sweet it is,” she said.

Youngkin also is very pro-life, saying in September, “As the next Governor of Virginia, I will proudly stand up for the unborn and their mothers. I believe life begins at conception. My views are formed not only by my faith, but by science as well.”

“Instead of working to expand late-term abortion in Virginia, I’ll proudly advocate to limit abortions when the unborn child can feel pain. The United States is one of just seven countries around the globe – in the company of China and North Korea – to allow late abortions when the child can feel pain. That’s why over 20 states have enacted Pain-Capable limits to stop late abortions. I’ll work tirelessly to add Virginia to the list,” Youngkin added.

Hurray for both of them. Republicans are also going to take the House and Senate!

Coast to coast we need to REMOVE EVERY DEMOCRAT.