Vile SNL Skit Jokes About Murdering Babies in the Womb 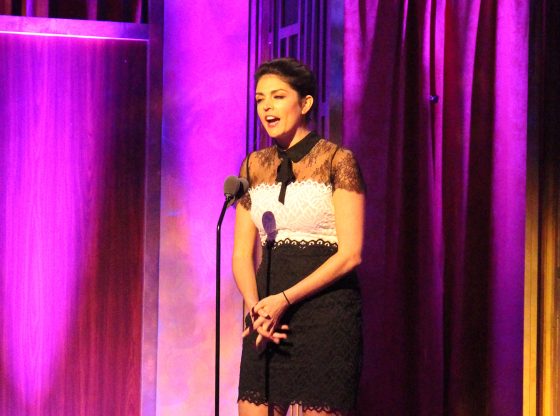 Dressed in a clown suit, Cecily Strong claimed she “wouldn’t be a clown on TV here today” if she had not had an abortion at age 23, Breitbart reports.

“Here’s my truth. I know I wouldn’t be a clown on TV here today if it weren’t for the abortion I had the day before my 23rd birthday,” Strong’s character, Goober the Clown, said. “Clowns have been helping each other and their pregnancies since the caves. It’s going to happen, so it oughta be safe, legal and accessible.”

The skit attacked the Texas heartbeat law, which prohibits abortions once an unborn baby’s heartbeat is detectable, about six weeks of pregnancy. Texas is the first state to be allowed to enforce a heartbeat abortion ban, and already it has saved thousands of babies’ lives.

Referring to the new law, Strong’s clown character said she did not want to talk about her abortion, but “people keep bringing it up, so I gotta keep talking about freaking abortion.”

“But it’s a rough subject, so we’re gonna do fun clown stuff to make it more palatable. Wee! Hey, who wants a balloon animal?” she said, balloon in hand. “I wish I didn’t have to [talk about] this, because the abortion I had at 23 is my personal clown business. But that’s all some people in this country want to discuss — even though clown abortion was legalized in 1973 in Clown v. Wade.”

“If you were a clown who wasn’t the victim of something sad like clown-cest, they think your clown abortion wasn’t a righteous clown abortion,” Strong continued. “I mean, what the d**k is that?”

Goober the Clown
(who had an abortion when she was 23) pic.twitter.com/1rFv6UrPGu

Wouldn’t it suck if the entire scum bag cast of SNL were locked inside studio and place goes up in flames, no FDNY response, so they all BURN TO DEATH. A humans dream.

Clearly you are pro life

You became a clown because your mom DIDN’T have an abortion.

Lets identify abortists, they are all for LATE TERM ABORTION. LETS SET THAT TERM AT ADULTHOOD. ABORT THEM ALL, DISMEMBER THEM WHILE STILL BREATHING. LET THEM BLEED OUT THEN THROW IN DUMPSTER. THATS WHERE THEY ALL BELONG B

You forgot that they use the baby parts for the “vaccine”. If they stopped abortions, they would lose their free supply to use to create the gene therapy shots.

Obviously, she still thinks about her baby and what would have been. Of course she has more money now and I’m sure she’s convinced herself it was worth it. It’s a personal matter between obstetrician and patient but only the patient carries a burden for the final decision.

I wonder if that clown has ever heard of adoption?

Or responsibility for one’s behavior

It’s still murder! Next thing that will happen, Dem’s will make any murder legal! F them all!

It will be LEGAL to kill Democrats? Interesting.

How ironic. Abortion made her a clown.

SNL is a sad excuse for comedy nowadays, and this sorry excuse for a human is proof that you can be a fool and still be a part of it. Wonder if she ever really has a good strong thought about anything but herself. Abortion is Murder, prove me wrong!

Another liberal zombie too stupid to think for itself.

And control her behavior.

So very Sick and Sad! Do these people know that after about 90 -120 days the fetus (baby in the womb) feels all the pain because their nervous system is working. It’s like at the end of the movie Brave Heart when they kill Mel Gibson except you can’t hear the screams… that’s why anything telling the truth is censored!

And the first synapses in baby’s spinal cord form during week 7 of pregnancy. By week 8, electrical activity begins in the brain — allowing your baby to coordinate his first (spontaneous) movements that doctors can even see on an ultrasound!

I remember when SNL was funny but that was a long time ago.

Well one thing is for sure! The Holy Father has had enough of this infanticide and will put a stop to it very soon!

She would be a better clown if she kept her baby.

Aren’t clowns supposed to be funny? Is anything about abortion funny? Ask your Mom.

SNL was only relevant in the 70’s and 80’s, when the comedians were funny. By the late 90’s, the cast was horrible and has steadily declined. I don’t know anyone who still watches, or at least won’t admit it. Small minded show for small minds to watch. NBC should have aborted snl decade ago.

Isn’t it interesting to note that females who have abortions may be limiting if not eliminating their genetically defective decendents. The same can be said for gays, lesbians, and Trans genders. Nature works in productive ways.