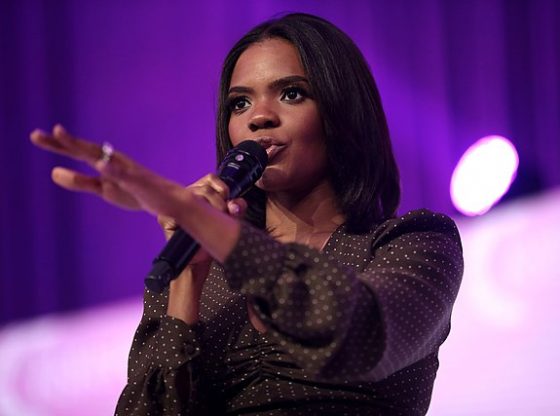 Popular conservative commentator Candace Owens described the “staggering” destruction that abortion has wreaked on the Black community in an interview Friday with Fox News.

“The statistics are staggering,” Owens said. “The black population would be double what it is today if it wasn’t for abortion.”

Since abortion became legal nation-wide in 1973, an estimated 20 million unborn black babies have been aborted in America.

While abortions harm families of every race and culture, they disproportionately harm black families. Statistics show that while African Americans represent 13 percent of the U.S. population, they have 36 percent of all abortions. According to the Guttmacher Institute, the abortion rate among black women is almost five times higher than it is among white women.

Owens, who is black and hosts a show at The Daily Wire, criticized those who chant “Black Lives Matter” but “suddenly get very shy” when someone mentions abortion.

“Planned Parenthood was founded by a eugenicist who did not want black people to procreate,” she told Campos-Duffy. “Quite frankly, Margaret Sanger, she was a success story. She created Planned Parenthood and she wanted to target people that she saw as not wanting to be reproduced in this society and black people were targeted and had been successful so Kanye West is right to continue to beat the drum and to draw attention to this issue.”

Abortion is Murdering God’s Children. Women have no right to do that. God watches and sees every action we do. God is everywhere you can’t escape him.

100% true! And the Democrats are the party of abortion! Why do they want to kill their future voters? They will exterminate themselves.

Candace is a real breath of fresh air. A young women who has given a real insight to conservative young people.

I agree with you and not only that abortion is murder point and simple.

Read my comment, Scotty. You don’t know the half of it!

Candice is absolutely right! The first time I knew that Ms Sanger started Planned Parenthood for that insidious reason was in Dinesh D’Souza’s movie Hillary’s America. There were a lot of other surprises in that movie also. Such as the fact that at the beginning of the country the KKK was the only law and was shut down when Sherriffs and other law officers took over the job. Later, in Southern Indiana, he said, KKK was started up again by the Democrats to control the black population. In addition he proved that the Southern plantation owners were mostly black and offered their slaves to the Southern army to help in the Civil War.
There was a lot more but it is best to see the movie or read the book. I think part one is on utube if they haven’t taken it off.