Sotomayor Compares Babies in the Womb to ‘Brain Dead’ People 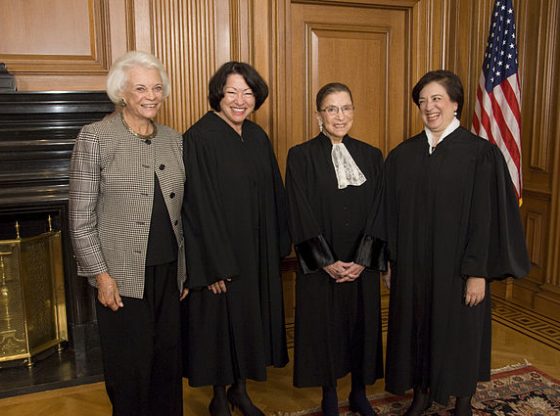 The Supreme Court heard oral arguments this week for Dobbs v. Jackson Women’s Health Organization, which could potentially overturn Roe v. Wade. The case examines Mississippi’s 15-week abortion restriction. The decisions of Roe v. Wade and Planned Parenthood v. Casey respectively made abortion a constitutional right, and set “viability” as the standard for when abortion can and cannot be restricted.

While the ability to feel pain does not determine the humanity of a living being, the issue of fetal pain has, in recent years, become increasingly influential as scientific evidence has become clearer about when a preborn child may suffer during an abortion. Preborn children younger than 24 weeks gestation — currently considered the standard of viability, though premature babies have survived as young as 21 weeks — routinely receive anesthesia during prenatal surgeries, specifically to prevent the child from experiencing pain. The latest research indicates that preborn children can potentially feel pain as early as eight weeks.

Yet for Justice Sonia Sotomayor, the response to pain from a preborn child is apparently no different than what she termed as a  “brain dead” person reflexively responding to stimuli.

Virtually every state defines brain death, as death. Yet, the literature is filled with episodes of people who are completely and utterly brain dead responding to stimuli. There’s about 40 percent of dead people who, if you touch their feet, the foot will recoil. There are spontaneous acts by dead brain people. So I don’t think that a response to — by a fetus necessarily proves that there’s a sensation of pain or that there’s consciousness.

And she is catholic. I bet the child’s brain is getting active while a brain dead persons isn’t. Pro abortion people will say anything to keep killing babies.

Yes she is a catholic in name only, like Biden, Pelosi, Becerra and a lot of other prominent democrats who are advocating for the destruction of human life in the womb. The leadership of the Catholic Church, with a few notably exceptions, have abdicated their responsibility to defend the teaching of their faith. The Cardinal Archbishop of Chicago presided at a Catholic Mass recently where the non-catholic mayor of the city, who is in a same sex relationship and supports full term abortions, was given communion during mass.

Bishops of the Catholic Church should take a stand and refuse communion to baby killers and excommunicate them. The Pope isn’t doing anything to stop it. First Pope ever elected not out of Europe he is from Latin America the home of Liberation Theology a socialist religion, I heard Pope Francis say we need to ” apologize to mother Earth. I only repent to Father God.

Who is Christ? Must be the question.

I agree, such hypoctites all of them
Biden, a demented old fool who should stop his lies, evety day. He can’t even read a telepromoter. As fir Sotomayor she is a disgrace to the Court and to women across the Country.

And the great abs abominable church will fall

Catholic by name only. you know the ones that has visit church only 3 times in their life.
Hatch, Match and dispatched.

Apparently there are brain dead people walking around everywhere. Supreme Court Justices are not exempt from this conclusion.

What an IGNORANT, IMMORAL and very unnecessary remark coming from a member of the SCOTUS…..Is this Sotomayor a Doctor or Scientist or just trying to act like one?

She is brain dead herself

BACK AT YOU STUPID PERSON,THIS MATTER SHOULD HAVE BEEN LEFT TO THE STATES ALL ALONG WITHOUT OPINIONS FROM PEOPLE WHO THINK IT’S OK TO KILL BABIES. DEMOCRATS DALTS.

Thank you, Charles. This is what it is all about, after the smoke screen clears.

A couple of thoughts. She thinks. Thinks. Doesn’t know. Thinks. And compares a living, breathing, heart beating human being to a deceased, non breathing, without a heart beat previously alive human being. Watched the proceedings and her callousness and disregard for the life of another human being, the most innocent, helpless of all human beings was appalling.

I bet she doesn’t feel this way toward her children. Oh, she has no children. I bet her husband feels bad. Oh, she is not married. Catholic? Pope should excommunicate her. There is no place for pro-abortionists, to receive communion. Sacrilege.

1st she is not in communication with the Person she probably claims to believe in.

An area in which she is poorly educated and chooses to stay that way. What babies learn in the womb is fascinating and documented. Actually documented.
My mother sang to me when I was in her womb. I am good natured and love music and people.

tells you how stupid she is.

Sotomayor is the one who is braindead. I am adopted living proof there are alternatives. Does Sotomayor think the death penalty is cruel and unusual punishment for murderers, probably, most liberals dispise Capital Punishment but applaud butchering innocent babies whose only crime is being inconvenient

Looks like our “wise Hispanic woman” (sic) is BRAIN DEAD.

At least she’s an expert on “brain dead”.

Abortion is one of the main reasons God has given this nation over far destruction… Please don’t be so foolish to think the U.S. is more righteous than what Israel was where God allowed heathen nation to destroy Israel a total of seven times as we are told in the Old Testament.

She should know, there are 80 million or so brain dead dems walking around America

Sotomayor has never had children, anyone that has been pregnant knows children in the womb can hear and recognize their parents and relatives, while in the womb and after they are born, the only one brain dead is Sotomayor.
Also is bitter from not being able to have children.

TALK ABOUT BEING BRAIN DEAD – sodawater is a great example………………….

OK. So which one is the queer – Sotomayor or Kagan?

I think SHE’s brain dead. Lucky for her that her mother let her live!

That libtard judge should turn in her robe asap. She is proof that they should be term limited along with all of congress. What a sad person.

Liberals should be limited to 1 hour.

And this disgusting 🤢 women is on our Supreme Court ——in a country who’s motto is “In Gos we trust” as she represents Doctrine of Lucifer himself— she is an unelected enemy of the unborn.

The question before the SCOTUS is about a states right to make laws concerning abortion. As a so called “Scholar of the Constitution” the answer is clear on this point as any power not given to the federal government is the athourity of the individual states. Nowhere is the power to regulate abortion given to the federal government, therefore that power is invested in the state governments. Sotomayor needs to go back and take at least a fourth grade class on the Constitution.

“Pope” Francis could really influence this whole situation. He has the backing and authority of the church, and yet he abstains. Worst. Pope. Ever.
James 3:1

Since that man has nothing to do with God.
Do not become many teachers, my brothers, knowing we will receive greater judgment.
James 3:1
I believe the clerg- laity system is fully condemned by God.

She is brain dead decades after her birth.

I believe if you destroy something of God’s creation. You will answer to the creator.

The only one that is brain dead is the one that issued the statement. Sonia Sotomayor is not only braindead but a true bigot and racist!!

Sotomayor, you’re the braindead judge to think that way. You’re insulting the creator of life God.

We will all stand alone before our Father in heaven, there will be no crowds—Speaking for myself l would not want to report why l murdered my unborn brothers and sisters

The only brain dead person we see is Sonia. She is a ditz.

Babies in the womb are developing and growing wiser each day. Far more wise than Sotomayor will ever be. What kind of person would make such an asinine comment? Heaven help the American people with the likes of some we have running our government!!!!!