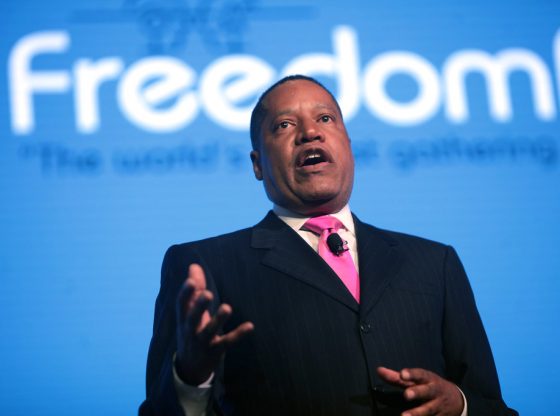 In an op-ed by former California gubernatorial candidate and radio personality Larry Elder, he makes the case for Roe. V. Wade to be overturned. Here is a snippet from the article:

In other words, as it stands now, conservative states reduce abortion to almost nonexistence, so a post-Roe world, at least in those states, changes little.

With a reversal of Roe v. Wade, the Supreme Court says this: Where the Constitution fails to provide a specific empowerment for the federal government — butt out.

I think that 3% is higher than you think! OVER TURN ! ROE VS WADE it’s unconstitutional! You can’t have liberty and the pursuit of happiness without LIFE!

The impression, by most Americans, that the SCOTUS is unbiased and non-political is a LIE – a god-for-nothing goddamed lie! They have ALWAYS been biased and sometimes EXTREMELY political, throughout American history. In addition, they have usurped legal authority they don’t have (according to the Constitution) and never had since the beginning. The idea that only this group of very fallible and limited human beings are the only people in the United States who can read and understand the American Constitutional document is fatuous! Fatuous!! No matter their training, there are loads of Americans who are a LOT smarter than the SCOTUS human beings, and are, at the same time, unbiased.

The GREAT majority of the authority usurped by the court belong to the choices of individual Americans – not ANY part of ANY government in the US.