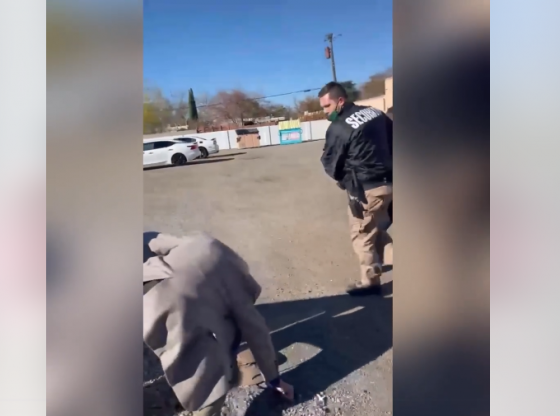 A Planned Parenthood security guard is accused of assaulting an elderly pro-life advocate and falsely imprisoning another Nov. 26 outside one of its New Mexico abortion facilities.

This week, attorneys with Abortion on Trial filed a lawsuit on behalf of Dora Montoya, a pro-life sidewalk counselor, alleging battery and false imprisonment by the security guard, identified in the lawsuit as Ricky James Vigil.

“This was not only an overly aggressive display of force, this was an illegal display of unauthorized force. This security guard had no legal right to cuff and detain the woman he found on public property,” Abortion on Trial said.

On Nov. 26, Montoya was praying on the public sidewalk outside the Planned Parenthood in Albuquerque when a pro-abortion protester approached her and began yelling, according to the legal complaint shared with LifeNews.

According to the police report, Montoya said she put her hands out at one point to show the abortion activist, Sarah, that she was holding a rosary and praying.

SUE the baby killers and their paid THUGS for all they’re worth!

Just another display of the attack against our freedoms, Christianity, conservatism and the sanctity of life – too bad the security guard is blind and developmentally delayed – what? He’s not? What a piece of garbage. Lock HIM up

Those without GOD feel empowered by Satan and deserve what they have earned by their actions here in this temporary existence here in the World satan currently has dominion in.

Wow! I wonder if this fool is willing to travel. A mindless thug of this caliber could be very useful in promotion of the pro life cause in other states as well, that is if he can find time between his busy court schedule and jail time. I know we could sure use him up here in the north country.