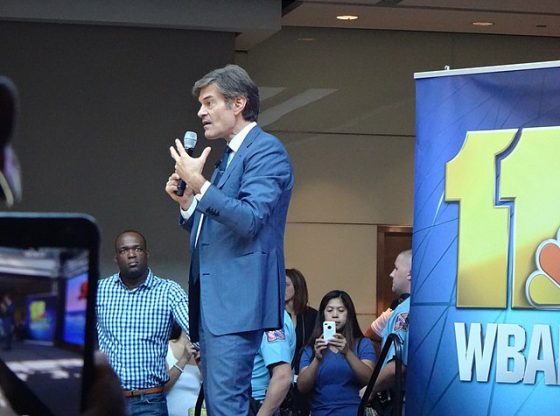 On Wednesday, Republican Pennsylvania U.S. Senate candidate Dr. Mehmet Oz was grilled by Fox News “Primetime” host Will Cain on Wednesday on issues that matter most to conservative voters, including guns and abortion.

“As a senator, how would you vote” regarding abortion, Cain asked. “What do you think the laws should be on abortion?”

“I’m pro-life,” Dr. Oz said. “I do believe in three exceptions, the health for the mother being the primary one, but rape and incest as well. And I would vote to ensure that if the judiciary is reviewing an abortion law that they follow the Constitution, it’s quite clear. That Alabama case is in point did not include those exceptions.”

“But, Dr. Oz, that’s currently being debated at the Supreme Court. So, setting aside the exceptions, which I appreciate, what about, what is your position as both a doctor and a senatorial candidate on when life begins?” Cain asked. “When should we draw the line when abortion is it legal?”

“As a doctor, I appreciate the sanctity of life,” Dr. Oz responded. “And for that reason, I’m strongly pro-life with the three exceptions I’ve mentioned. That’s how I would vote.”

“And when does that life begin?” Cain asked.

“You know, I get it. If I’m pro life, then that’s a decision that comes back to the sanctity of when you think life does begin,” Dr. Oz responded. “And I believe it begins when you’re in the mother’s womb.”

“When you’re in the mother’s womb?” Cain asked. “But that that carries you all the way up to nine months of pregnancy.”

“No, of course not,” Dr. Oz claimed. “Life’s already started when you’re in your mother’s womb. It’s a rathole to get trapped into different ways of talking about it. We need as a nation to make sure the Constitution is appropriately followed. And people like me and you may be in the same camp, who are pro life, have our feelings respected. And this is something that should not be taken away from us by judiciary legislating from the bench.”

Chinks in the armor already. Ad doctor who can’t answer a simple medical question. I knew when he announced his canadicity he was a wolf in sheep’s clothing. He’s one of Oprah’s best friends. A liberal in disguise!

Life doesn’t start in the womb, because the sperm and the ovum need to be alive to be in a union, so life starts way before that, a particular human life started immediately, the unborn babies can sense the mothers mood and heart beat, hear the mother’s and father’s voice as well.

I am sorry, the science proves otherwise, and simply put, there is life in the egg of the female, and there is life in the sperm of the male; at the very moment of conception there is the beginning of a new life in the womb of the mother. If there was no life in either the egg or the sperm there would be no conception, life begets life.
Any intentional ending of this life is murder in God’s eyes for which one will be held accountable for… I can give you a lot more proof if needed.
Oh, please understand this, no one is so good that they do not need God’s forgiveness; and no one is so bad that they cannot have God forgiveness.

You should have re read my whole post, not only the first 7 words.

In 2016, researchers at Northwestern University in Chicago were able to capture the miraculous moment that a sperm fertilizes an egg at the microscopic level.

Their discovery was nothing short of a breathtaking display of our Creator’s hand at work.
The video they released reveals what appears to be a fluorescent display of fireworks taking place at the moment of conception. The ‘flash of light’ is created when zinc is released and binds to tiny molecules that “emit a fluorescence,” only viewable by microscopes.

While the zinc spark was discovered in mice five years prior, it is an earth-shattering scientific breakthrough for researchers to witness the phenomenon in human fertilization.

“An explosion of tiny sparks erupts from the egg at the exact moment of conception,” the Telegraph reported.  “Scientists had seen the phenomenon occur in other animals but it is the first time it has been also shown to happen in humans.”
“To see the zinc radiate out in a burst from each human egg was breathtaking,” recalled Dr. Teresa Woodruff, a Northwestern University professor. “It was remarkable.”
Life Site likened the spectacular display of light to God’s work of creation as described in Genesis:

“God’s active act of creation, as described in Genesis 1, begins with those familiar words ‘Let there be light.’”
Prayerfully, this breakthrough discovery brings our generation one step closer to seeing the beautiful ways in which the Bible and science coincide, rather than conflict. In the words of the great 19th-century scientist Matthew Maury:
“The Bible is true and science is true, and therefore each, if truly read, but proves the truth of the other.”