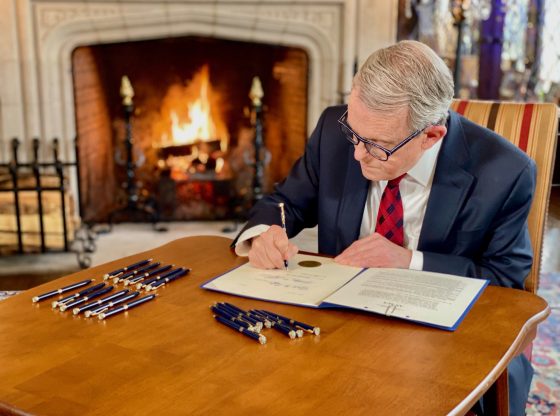 Senate Bill 157 would punish physicians who didn’t provide lifesaving treatment to a baby who survives an abortion with a first-degree felony criminal charge.

Additionally, it would prohibit Women’s Med Center in the Dayton area and Planned Parenthood of Southwest Ohio in Cincinnati from entering into consulting agreements with local physicians who work or teach at a medical school affiliated with a state university, state hospital or other public institution. The consulting agreements are necessary for times of emergency.

The two abortion clinics are in such consulting agreements because they couldn’t get transfer agreements with local hospitals in times of emergency, one of two dozen abortion restrictions passed in the past decade in Ohio, because state law prohibits public hospitals and medical schools from participating in transfer agreements. So the two clinics were operating under a variance that SB 157 would eliminate.

Check out the article below to learn more about DeWine Signing CCV-Backed Pro-Life Bill! 👶❤️! 👇👇https://t.co/gcorSQkPJg