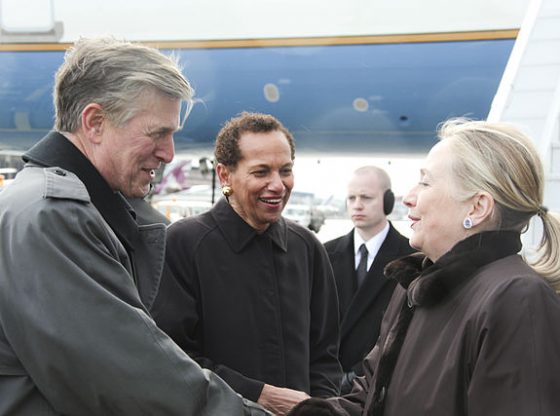 “Abortion access is key to economic freedom,” Beyer wrote. “… often overlooked are the economic impacts of restrictive laws that limit women’s freedom to choose if and when to have a child.”

He warned that “reproductive rights” are in “jeopardy” because of the Mississippi case Dobbs v. Jackson Women’s Health. Last year, Mississippi Attorney General Lynn Fitch asked the court to overturn Roe and allow states to protect unborn babies again, or, at the very least, let states ban abortions after 15 weeks of pregnancy as most other countries do.

“Access to safe and legal abortion enables people to make the decisions that are right for them and their financial security,” he wrote. “These decisions have lifelong economic consequences not only for the people directly impacted, but also their families and communities.”

Beyer continued, “Being able to delay motherhood by one year due to access to legal abortion increased women’s wages by 11 percent on average. Access to abortion expanded women’s career opportunities, including higher likelihood of attaining a professional role, by almost 40 percentage points. And studies show that access to abortion increased women’s probability of graduating college by 72 percent. The effect was even larger for Black women, whose chances of completing college nearly tripled.”

Ambulance Called to D.C. Planned Parenthood Days After March for Life
Nebraska Lt. Gov. Foley: ‘Tear Down That Wicked Roe v. Wade and Send it Where it Belongs’

I thought pregnancy and childbirth was the result of a loving relationship, not an economic decision. If couples considered the economic feasibility of raising a family, we would have very few people.

Abortion is not birth control. If a woman does not want children there are many ways to make sure she doesn’t have them. I believe that abortion is for rape, incest or life of the woman. Thats all.

Humans claim: FAR LEFT ARE INCURABLY MENTALLY INEPT, DERANGED, DEMENTED and DISGUSTING. MAJORITY OF HUMANITY WOULD HAPPILY SUBSTITUTE THEM FOR THE BABIES. SAVE THE BABIES, ABORT LEFT.

puke and vomit together

I want to see the studies.

Bullcrap. This appears to be an admission the abortion is being used by women as a means of birth control.