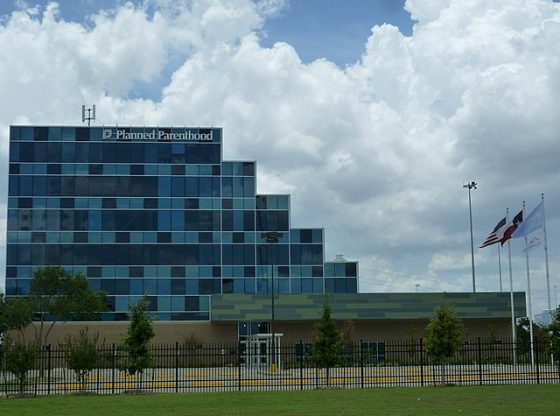 Prevention Park, is the largest Planned Parenthood administrative and medical facility in the nation. It also serves as the headquarters for 12 clinics, located in Houston, Texas via Wikimedia Commons.
| Prolife Update Staff | State | 4

When your business is to sell abortions and abortions banned, business isn’t good. That’s the problem the Planned Parenthood abortion company is having in the state of Texas, where, as LifeNews reported over a week ago, state health department statistics show thousands of babies being saved from abortion every month.

A new report from the Texas Health and Human Services Commission (HHSC) confirms a substantial drop in abortions in September 2021 after implementation of the Texas Heartbeat Act. The state agency reported a total of 2,197 abortions in Texas after the ban took effect, compared to  an astonishing 5,404 abortions committed the month before.

The 2,197 abortions in September represents a 60% decrease in abortions. Before the Texas Heartbeat Act, there were more than 160 abortions committed each day in Texas. In September, this plummeted to around 70 each day. Planned Parenthood called the numbers “the very beginning of the devastating impact” of the law.

It would be a crying shame if Planned Baby Murder held a Reverend Jim Jones Kool Aid party. We buy the Kool Aid. They have no regard for innocent voiceless lives, MAKE THEM VOICELESS. WE ALL READY KNOW THEIR LIVES DO NOT MATTER.

That is a very impressive facility in Prevention Park; too bad it is put to such terrible use. Even 2197 abortions is less than half what it was it is still 2197 too many. PP needs to go the same way as the T Rexes, extinct!!

Hopefully a Devine earthquake will level that building with the CEO inside and the only thing remaining is — dust! Evil can look beautiful but it is only a disguise hiding what is beneath!

Good for Texans!! It’s about time someone stomps the living daylights out of PPD until it bleeds like a stick pig that it is!

If most people knew how much $$$$$$$ the CEO of PPD brings into her very own pocket from butchering the innocent unborn and selling their body parts for revenue, they would faint at that number!! Let’s put it this way, SHE IS RICH RICH RICH ON THE BODY PARTS OF INNOCENT BABY SOULS! AND SHE WANTS MORE $$$$$! If Evil had legs and a head, it is her incarnate!

Texas is just the beginning! Until we can get every state to follow suit, more innocent lives will die and the PPD CEO will just get richer and richer!

TIME FOR EVIL TO TAKE A BACK SEAT TO MORALITY AND FAITH RESTORES OUR NATION — which means Planned Parenthood takes a dive into the cesspool of poverty!! Can’t happen soon enough for our innocent unborn baby souls!