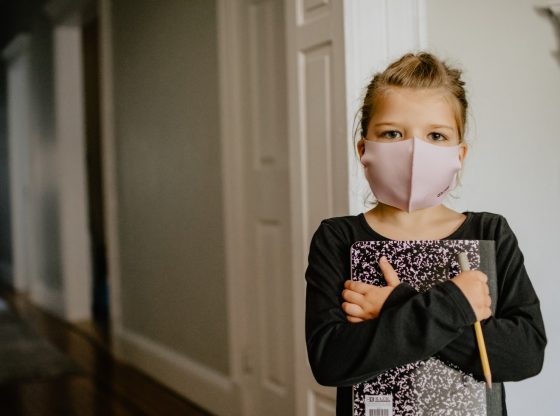 Girl with school supplies and a mask on via Unsplash.
| Prolife Update Staff | National | 2

RICHMOND, Virginia (LifeSiteNews) — In a bipartisan effort last week Virginia lawmakers approved a bill to permanently protect the right of parents over school officials to decide whether or not children must wear masks in school.

Virginia’s new Gov. Glenn Youngkin, who generated widespread support for opposing forced masking during his gubernatorial campaign, is expected to sign the bill into law.

SB 739 was passed by Virginia’s Senate on Wednesday and will now be forwarded to the Commonwealth’s Republican-dominated House of Delegates, where it is expected to be quickly forwarded to the governor’s desk for a signature.

According to 8News, a local ABC affiliate, three Democrats voted to approve the legislation in the Senate along with the Republicans, a marked shift for Democrats who have long lobbied for universal mask mandates.

Next, pass a bill banishing leftists and democrats.

If only. Thanks for the laugh.