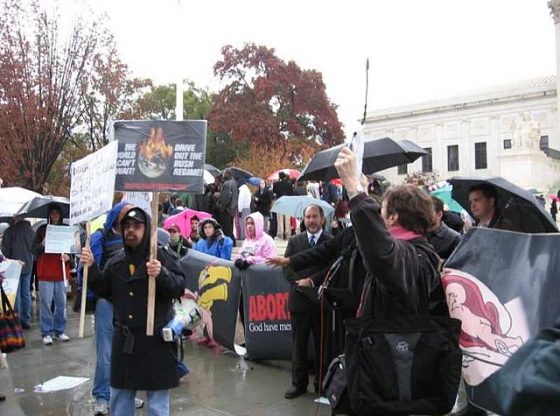 Both pro-life and pro-abortion advocates represented their views, carrying signs, drums, and bullhorns, as Jackson seeks to become the nation’s first black female on the nation’s highest court.

Abortion protesters on both sides of the aisle clashed outside the Supreme Court on Monday as Judge Ketanji Brown Jackson began her confirmation hearings before the Senate Judiciary Committee.
https://t.co/SxGg7hASwi

The issue of abortion is already a divisive topic in the nation’s highest court. Justices recently ruled 5 to 4 to leave a Texas law in place that bans abortions after six weeks.

Abortion on demand has cheapened life so much that murder has become commonplace. Letting a baby die or worse killing a living infant twenty-eight days after birth is murder.

The left has become so evil, democrats do not exist anymore as they have no say and continue to vote for the murdering commies. Just like putin. All of the nasty skanks have satan in their soul.

Democrats could care less about murder. They actually are proud when they have an abortion. They are very sick people.